Home
news
Are we running out of oil?

How much oil left in the world? 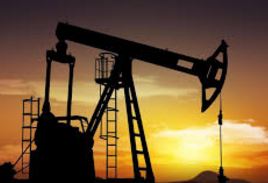 Oil has been one of the pre-eminent energy resources for a very long time. It’s a topic that has been vital in so many key areas from politics to foreign relations and needless to mention, has been a major cause for controversy. Now to answer the question “How much oil left in the world?” I really don’t think there is a straight answer to this question; although if I were to actually answer, I would say A LOT. No one really knows actually. No one knows how much oil resources are present in the ground; no one knows exactly how much oil has been taken from the ground. Therefore no one knows how much is left; although there are estimates. One way to know also is backdating the numbers extracted from the available well and then adding the total. The problem with this is that the numbers are altered and not accurate as the estimate will only be based on the known reserves.
The United State Energy information Administration (EIA) estimated that the supply of oil globally will be sufficient to meet the demand of the world till around 2040. Their research also considered the different uncertainties that might affect the future oil exploitation; uncertainties like high or low growth in the economy, prices etc. Nevertheless, according to their research, global production of oil increased by 1.215 million b/d yearly from 2010 to 2014, and output is still bound to increase by 1 million b/d years to come.
60% world oil production in 2005 came from about 500 giant oil fields present in the world. The rest came from 49,000 smaller ones. There is no telling that the fate of the world oil depends on these giant oil feeds. Another fact about the state of the world oil is that about 66% of oil in reservoirs is abandoned because they are difficult and costly to extract. The unconventional oil available is also much. They are deep, distant, difficult and costly to transport and refine. When the state that it (producing the unconventional oil) will put the economy is considered, it is left there untapped, and this might reduce the amount of conventional oil in circulation.
There is the fact though that all estimates made are based on known projects available. It is not accurate to measure the amount of oil left or even in circulation in the world. Also, new global reserves and locations will be discovered and technologies to extract them will be discovered in the future.