The scientists in the United Kingdom investigate how to create a new kind of material called biocement, a material synthesized by bacteria which react to changes in soil pressure and which strengthen the soil around them. This technology in the future could be used for fixing concrete, creating the foundation of buildings and preventing them from collapsing.

The idea came from undergraduates from Newcastle University who have created concrete-repairing bacterium named BacillaFilla for a synthetic biology competition. The students have developed BacillaFilla from another bacteria. They claim that this engineered bacteria could repair cracks in concrete by applying it to structures by spraying onto their surfaces. “BacillaFilla repairs concrete by producing a mixture of calcium carbonate, levan glue and filamentous cells in the cracks. Once we have applied BacillaFilla spores onto the concrete surface, they will start germinating in the presence of media. When they have germinated, they will start to swarm down the crack”, it is stated on their website. 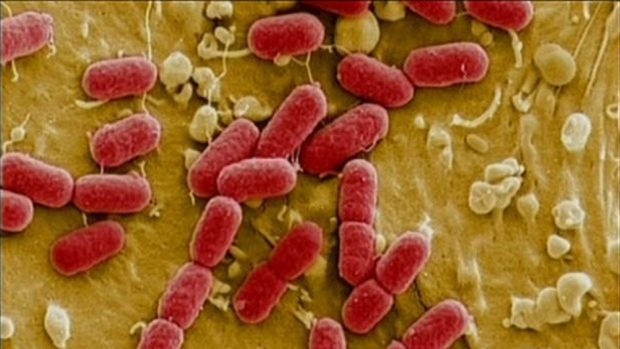 Now, the team of scientists from Newcastle and Northumbria Universities, led by architecture academic Dr. Martyn Dade-Robertson, has been studying how pressure responsive bacteria could create the foundations of buildings. They have been studying how a common gut bacteria E. Coli react on pressure changes. The team grew E. Coli in the surrogate soil – a “hydrogel” shaped into a cylinder. They put hydrogel under the high pressures and they have noticed that many of genes in E. Coli bacteria had increased their activity by at least threefold by the pressure change. The researchers’ next step will be the replacement of the glowing protein gene with genes that produce biocement.

“We are trying to create a responsive material which could have broad architectural applications, for example creating foundations for buildings without needing to dig trenches and fill them with concrete,” said lead author Dr. Martyn Dade Robertson. He is pretty enthusiastic and he hopes that this technology will incorporate biology into architecture. He also hopes that it will challenge a new generation of engineering designers to anticipate civil engineering with living organisms.

The production of biocement, also called “thinking soil”, could help in creating massive constructions and building more resistant to time, soil changes and corrosion which would prevent catastrophic damages caused by soil driftings.