scientists have revealed images that they’ve dubbed with a darker name: the “Pillars of Destruction”.

Colorful new images of the Carina Nebula, a massive stellar nursery 7,500 light-years from Earth, reveal that new star births are destroying the very clouds of gas and dust from which they spawned.

So what’s the big deal?

Well, it’s more that the nearby stars are destructive, emitting ionising radiation that causes the pillars to lose mass, according to the European Southern Observatory, which conducted the research using their Very Large Telescope in Chile. 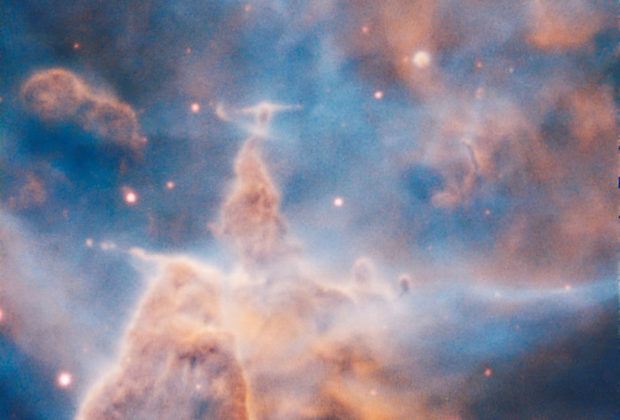 This majestic pillar of the Carina Nebula (NGC 3372) is a 3-light-year-tall cloud of gas and dust that is being eaten away by the brilliant light from stars both in its surroundings and inside the cloud itself. The European Southern Observatory’s Very Large Telescope in Chile created the image with the Multi Unit Spectroscopic Explorer (MUSE) instrument.
Credit: ESO/A. McLeod

The radiation is so strong that it strips atoms of their electrons and causes the gas to disperse. This process is called photoevaporation, and it’s destroying the Carina Nebula and its pillars.

Anna Faye McLeod is the lead author on a new paper on the topic published in the Monthly Notices of the Royal Astronomical Society.

“What is so fascinating about these images is that they might not be as sharp as those obtained with Hubble, but each single pixel in the image also comes with a spectrum across pretty much the entire visible wavelength range,” McLeod told FoxNews.com in an email, “making this an extremely rich dataset”.

The researchers didn’t just analyse the images from the Carina Nebula — they looked at 10 pillars in total for their research, from spots like the Eagle Nebula and a nebula called NGC 3603.

Scientists aren’t yet sure whether the Pillars of Destruction will eventually be destroyed by the stars they create, but ESO plans to continue using MUSE to try to find out. 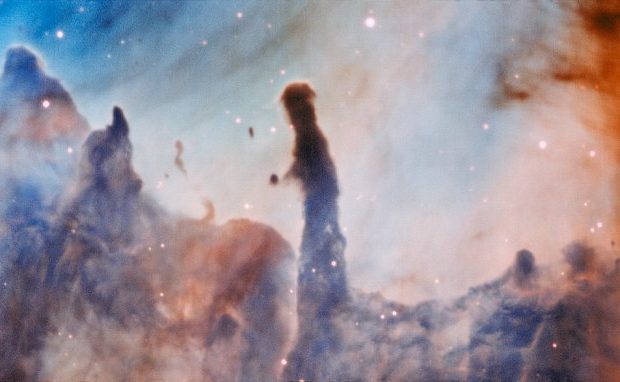 This image was taken by the MUSE instrument, mounted on ESO’s Very Large Telescope and shows the region R44 within the Carina Nebula, 7500 light-years away. The massive stars within the star formation region slowly destroy the pillars of