Home
news
Oil Company Ally to be Trump’s Head of EPA?
President-Elect Donald Trump continues to generate heated debate with his current cabinet proposals in the weeks leading up to his inauguration. His most recent proposed candidate for a cabinet-rank position is that of Oklahoma Attorney General, Scott Pruitt. The office that Mr. Pruitt would fill, if his appointment is confirmed in the coming months, would be head of the EPA. The former state senator has been an ardent opponent of several federal government-sponsored programs.
This news comes as boon to many who believe that the EPA has been overstepping its purview in recent years. With climate-change becoming one of the most dividing issues of our time, the agency’s role in emission regulations is a frequent topic of dispute. To those who support EPA initiatives like the Clean Power Plan, the idea of AG Pruitt’s impending assignment is foreboding. The man does not mince words in his opposition to such enterprises. Pruitt specifically calls into question the very legality of the Clean Power Plan in an op-ed piece published this May. 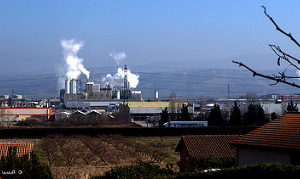 Many associate Mr. Pruitt’s increased public profile to his ongoing cooperation with fossil fuel lobbyists. The fervency of such acknowledgments ranges from quiet insinuation to open hostility. The executive director of the environmental organization Sierra Club, Michael Brune, even went so far as to claim Pruitt can’t be trusted. In a press release issued Wednesday he stated the following:
“Having Scott Pruitt in charge of the U.S. Environmental Protection Agency is like putting an arsonist in charge of fighting fires.”
He continued later in the release stating:
“Scott Pruitt, whose own bio describes him as ‘a leading advocate against the EPA’s activist agenda’ cannot be trusted to head the EPA…”
The Donald does seem to be trying to at least publicly present the appearance that he’s weighing the issues carefully. Earlier this week he met with Former Vice President Al Gore about the topic of climate change. Gore, who has passionately advocated for a realignment in government policy towards greenhouse emissions, expressed satisfaction with their meeting. He stated that he’d had a “lengthy and very productive session” with Trump. 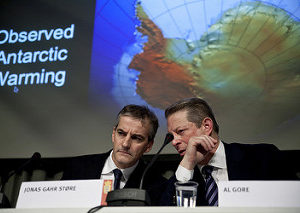 It seems par-for-the-course for Trump to represent multiple sides of the same issue (seemingly simultaneously) at this point. If Scott Pruitt is indeed appointed to EPA Head, however, Trump’s inclinations may not be a deciding factor. Regardless of where you fall on the climate change debate, it would seem current policy is in for a bit of a shake-up.
Tweet Pin It