Even if you don’t know much about Madagascar, you have probably heard of the animated movie of the same name. One of the main movie characters – King Julien is inspired by an actual animal. Unfortunately, this lemur species – Lemur Catta or ring-tailed lemur is likely to become extinct in the near future.

In the recent study by the University of Victoria in British Columbia and CU Boulder, published online in the journal Primate Conservation, researchers reveal that this well-known lemur species is in very serious and rapid decline. Only 2,000-2,400 lemur individuals remaining in Madagascar.

Population information was collected via on-the-ground surveys and censuses, or from reports by researchers at 34 sites where Lemur catta is or was recently present. The study, led by Professor Lisa Gould of the University of Victoria, indicated only 3 sites in Madagascar are known to contain more than 200 of animals.

At 12 sites populations number 30 or fewer individuals, and at 15 sites, Lemur catta has been recently extirpated, or populations are highly precarious and may become extinct in the very near future, the study reveals. At three previously designated range limits populations have been completely extirpated.

Lemur is a clade of primates endemic to the island of Madagascar. More than 100 different lemur species are found only on this island, but Lemur Catta is the probably most recognizable. 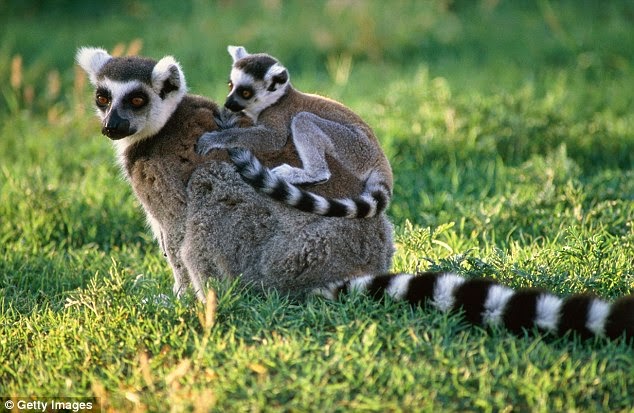 Only 2,000-2,500 ring-tailed lemurs remaining on the island of Madagascar.

Over the last decades, human activities on Madagascar have been causing habitat destruction, which is directly related to the shrinking of lemur species. The forests of Madagascar, the main habitat of lemurs, constantly decline. Numerous local lemur extinctions are primarily the result of deforestation for cattle grazing, agriculture and charcoal production, but also the bushmeat hunting and illegal capture for the pet trade.

“Hunting for the illegal bushmeat trade and live capture for the pet trade has taken its toll on many former populations, and in some regions, traditional taboos against harming ring-tailed lemurs have eroded”, it is explained in the study.

CU Boulder Professor Michelle Sauther, co-author of the study is concerned and disturbed because this species has great ecological plasticity and it is capable of surviving in very harsh habitat.

“It’s likely that the ring-tailed lemur population will eventually collapse,” Sauther said. “We are getting an early warning that if we don’t do something very quickly, the species is going to become extinct. And this is the one primate species in Madagascar we never thought this would happen to.”

Souther explains that habitat destruction has hit Madagascar particularly hard in recent years. She finds the indirect relation between the lemur declines and human poverty.

Besides the charcoal mines and oil exploration concessions, there are many sapphire open-pit mines that attract not only the people from the island but also from the outside, to dig the ground in the search of the fortunes. And that is one of the main reasons for forest destruction.

Madagascar has the population of more than 22 million people, who are facing an extreme poverty. “I think it’s important to keep in mind that what is driving habitat loss and ring-tailed lemur declines is human poverty,” said Sauther.