Home
news
What to do with Astronaut’s Poop?

Even at the best of times, using the toile in space is no easy feat. The astronaut is in close quarters and there is next to no gravity, and this is before you tackle the important question, where do you store it.

Now imagine an emergency in space that forces astronauts to remain in their suits for several days. It is a grim situation that has scientists at NASA stumped, and the space agency has turned to the public for a solution before the proposed mission to Mars materializes.

NASA recently launched what it dubbed the “HeroX competition” for inventors to come up with a solution to this problem and will award $30,000 to the three best ideas. 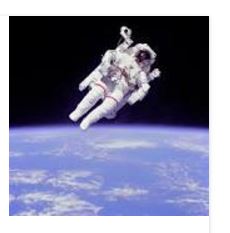 The problem is that NASA astronauts have never traveled further than the ISS (International Space Station) since the end of the Apollo missions in the 1980s. Astronauts aboard the ISS use a toilet device that sucks up and stores facecal matter using a vacuum, before it is disposed  safely.

However in the event of an accident in the space craft that results in loss of pressure, the astronauts who will be confined in their suits will have no choice but to poop straight into them. While this would be no problem for astronauts during missions to the ISS since they can be sent back to earth, those on a mission to mars will have to remain in their soiled space suits for much longer.

But NASA still hasn’t developed a way of safely dealing with bodily wastes, including feces, urine and menstrual blood. They are still using nappies for this purpose, and once a nappy gets full, it doesn’t take long before the liquid spills into the space suit and gets in contact with the astronauts body.

“This makes the diaper a very temporary solution that does not provide a healthy/protective option that can last longer than a day,” says 3 NASA. “No one would want waste stuck to their body for five days.”

If you can come up with an idea that can improve NASA’s space suits and help keep astronauts safe while in space, you have until 20th December 2016 to submit the idea. The goal is to select the top three ideas by this time and implement them over the course of the the next three years.

“As we push beyond the lower earth orbit and start travelling to the moon and mars, many problems will crop up – most of the extremely complex technical problems,” astronaut Richard Mastracchio explains.

“But some are as simple as how to go to the bathroom while in space. It is not one of the more glamorous aspects of space travel, but it is a necessity for the astronaut’s survival.”