On December 31, 2016, a leap second will be added to the world’s clock. In other words, this New Year’s countdown will last the second longer.

Countries that use Coordinated Universal Time – several West African nations, Britain, Ireland and Iceland – will add the leap second during the midnight countdown to 2017. For others, the timing will be determined by the time zone they live in, relative to UTC, according to Phys.org.

What is a leap second?

And why do we sometimes add that extra second? The reason is the unequable Earth’s rotation. The Earth fluctuates unpredictably year to a year, as a result of the Moon’s tidal pull acting like a break on our planet. The Earth’s rotation is sometimes getting longer, sometimes shorter. But generally, the Earth is gradually slowing down year after year. Measurements show that the Earth, on average, runs slow compared to atomic time, at about 1.5 to 2 milliseconds per day.

The International Earth Rotation and Reference Systems Service (IERS) is the organization that monitors the difference in these two time scales and add or remove a leap seconds to keep the difference between them to less than 0.9 seconds. Leap seconds are added when UTC is ahead of UT1 (astronomical or universal time) by 0.4 seconds or more. Leap seconds have been added 26 times since 1972. They’re usually inserted at the end of the last day of either June or December. The last leap second was added on June 30, 2015.

“This extra second, or leap second, makes it possible to align astronomical time, which is irregular and determined by Earth’s rotation, with UTC which is extremely stable and has been determined by atomic clocks since 1967,” the Paris Observatory said in a statement. 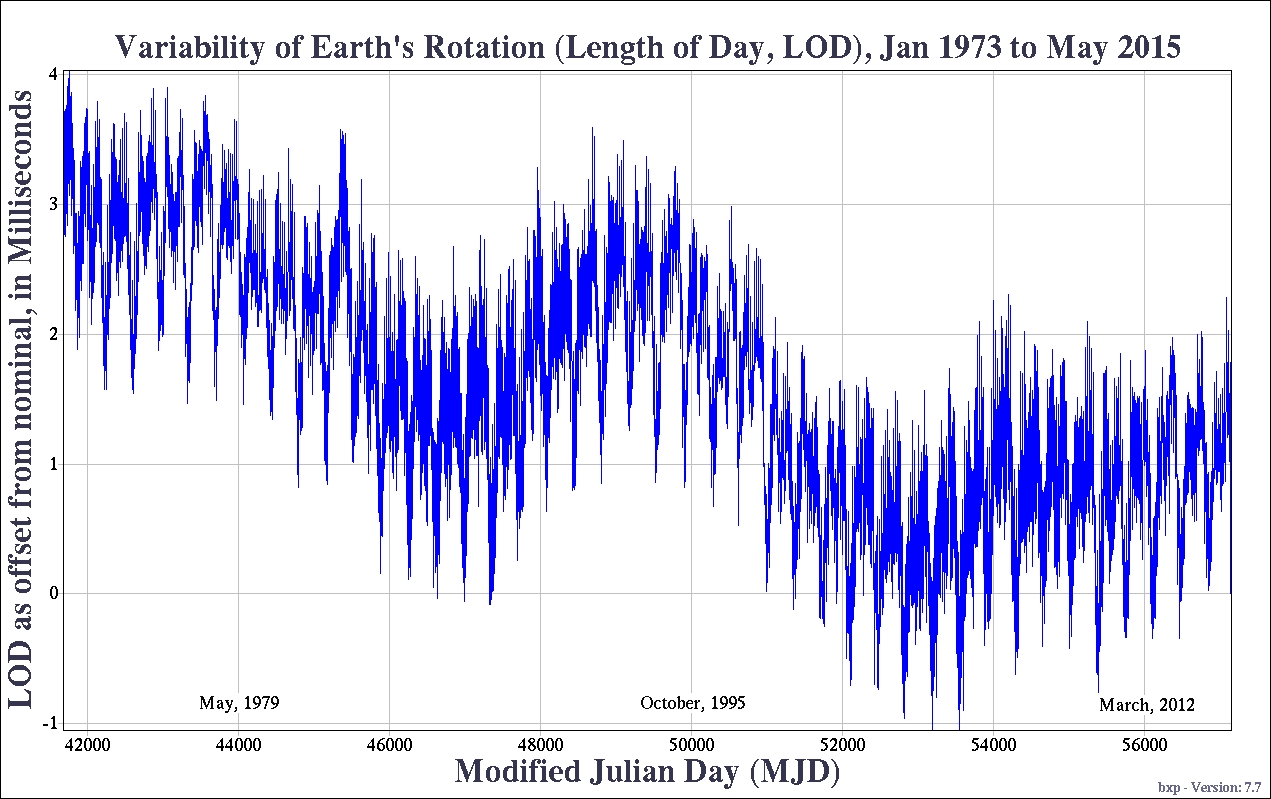 This U.S. Naval Observatory graphic depicts small changes in the rate at which Earth spins.

So, this leap second is added to achieve the perfect matching with the atomic clock. Actually, without the additional leap second added when needed, civil time would drift away from Earth time. “Although the drift is small – taking around a thousand years to accumulate a one-hour difference – if not corrected, it would eventually result in clocks showing midday before sunrise”, explained Peter Whibberley, Senior Researcher Scientist in the Time & Frequency Group at NPL.

It is very interesting that the February 29, is actually a leap day. This extra day is four-yearly added to keep the calendar synchronized with the Earth’s rotation and movement around the Sun.

As mentioned above, the Earth gradually is slowing down every year. The scientists claim that due to the day lengthening, the day on Earth will last 25 hour.

But, this is very, very slow process. The day is lengthening only by 2 milliseconds every 100 years, so the Earth will get only an extra minute in 6.7 million years. 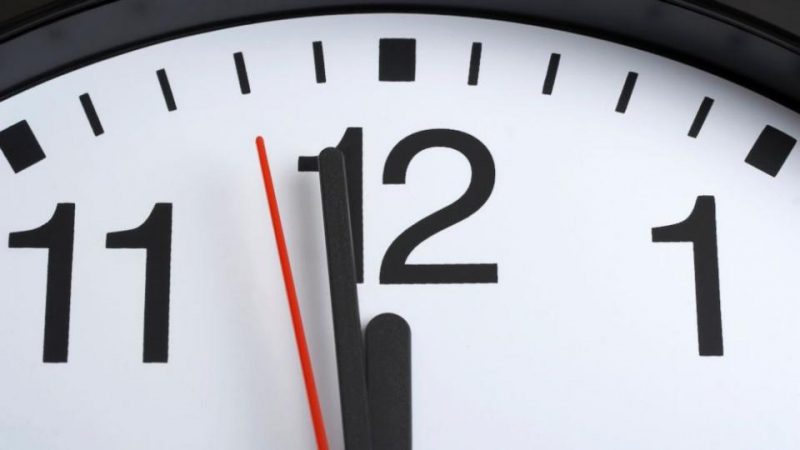