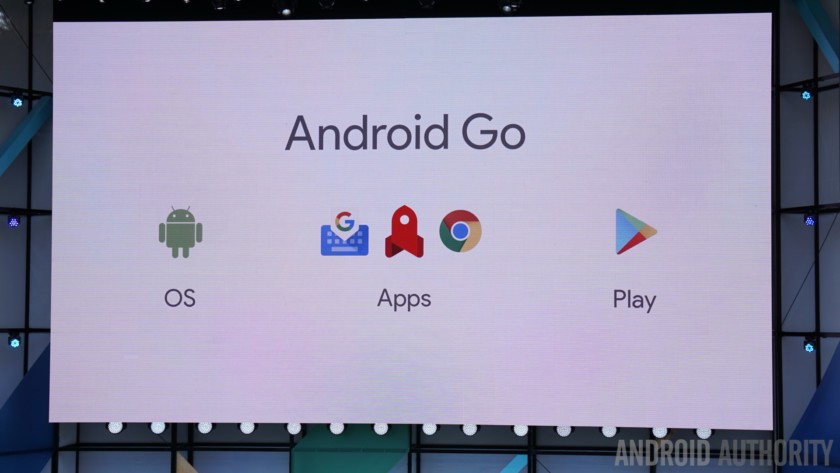 Google I/O developer’s conference concluded yesterday. The tech giant announced some keynotes on the opening day of this event. These key notes include the announcement of new version of Android. Google has announced the launch of Android ‘O’ with a lot of new features. The second announcement relates with Google Assistant for iPhone users in the world. And, the third was the most important announcement. This also relates with Android and android devices. Google is the owner of android operating system. It launches newer version of android every year at I/O for improved performance.

This year’s I/O has gained much importance for the launch of ‘Android Go’. Here, one thing saddening is that the search giant has given no details about this new launch. Since the announcement, people are thinking about it in different ways. Some are thinking it as a version of android. Some are thinking of it as an android within android. There are many who are considering it a replacement of Android One. All these thoughts have aroused because of nothing elaborated by the company.

Some tech experts are also confused about the android version of these devices. They are also thinking of compatibility of android apps for this new experience. We are also perplexed about what will happen with the updates for the regular android. Will it be compatible with other Google apps or not. The first launch of the Android Go will answer all our questions. Google has neither answered these questions nor has given any detail about these. Even, there is nothing available on Google’s official website.

But, we have got some details from reliable resources. The executives of Google have answered some simple questions. These answers tell us all about Android Go.

Android Go as a New Version or Old Version

Some people also thought that the Android version of Go Devices will be different. Instead, Go devices will have the same operating system. There will be a group of optimized apps. Google’s VP has confirmed that the Go devices will run on Android ‘O’. There is no separate OS for the devices.

Differences between Android Go Devices and Other Devices

There are no major differences listed about Android ‘O’ devices and other devices. The one and the most important difference is the hardware set up of these devices. Android Go is for lower end smartphones. It will boost the performance of the devices with 1GB or less ram. It has new user interface which is also attractive and optimized. Many of animations will turn of when it will detect the device with low ram.