The total solar eclipse will take place on 21, Aug 2017, for the first time in almost 100 years. This spectacular celestial event will be visible from the entire land of US, spreading from one coast to another. This will be a unique opportunity for scientists to collect important data on the luminosity of the Sun, Solar Corona, Moon’s shadow etc. NASA will fund all science projects during this unique period of time. 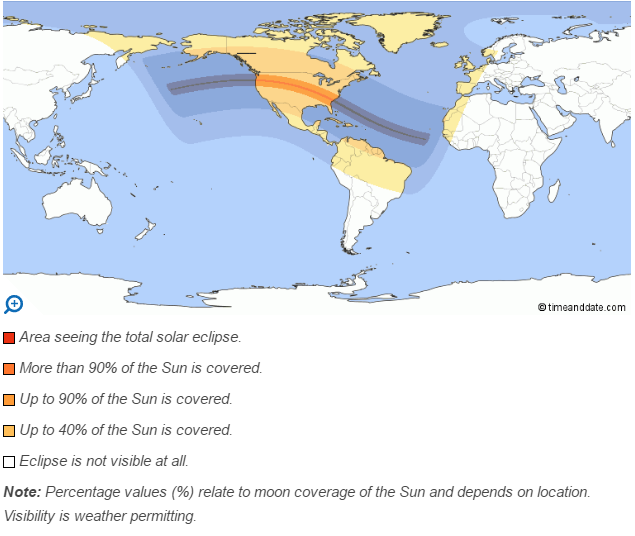 Scientists from NASA, the University of Texas Arlington and the University of Hawaii presented an overview of the 2017 total solar eclipse at the American Geophysical Union’s Fall Meeting in San Francisco on Dec. 14, 2016. They discussed the geometry of eclipses, eclipse science now and throughout the ages, and how to safely view next year’s solar eclipse.

“An eclipse teaches us so many things, but the 2017 eclipse is especially unique because of the uninterrupted land masses it will pass over,” said Lika Guhathakurta, an astrophysicist at NASA Headquarters in Washington. “This will allow us to maximize our chance to collect data and connect the shadow of the moon to Earth science.”

The total solar eclipse occurs when the Moon passes between the Sun and Earth, and the Moon fully blocks the Sun. This natural phenomenon occurs only when the Moon is full, and it is possible only on Earth. Though the Moon and the Sun have different diameters, they appear to be the same size from our perspective. The Sun has 400 times wider diameter than the Moon does, but the distance from the Earth is also 400 times bigger. The line-up of the Sun, the Moon, and the Earth occurs once in 12 to 18 months. 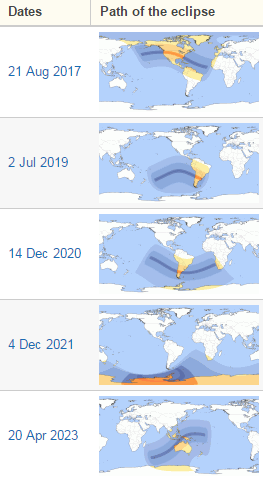 The 2017 total solar eclipse will be a great opportunity for observing and collection information on the Solar Corona. The Solar Corona appears during the most dramatic stage of the total solar eclipse – maximum eclipse or totality. That is the moment when the Moon completely covers the disc of the Sun and only the Sun’s corona, the faint ring of rays surrounding the dark Moon during totality is visible. At this time, the sky goes dark, temperatures fall drastically and birds and animals often go quiet. 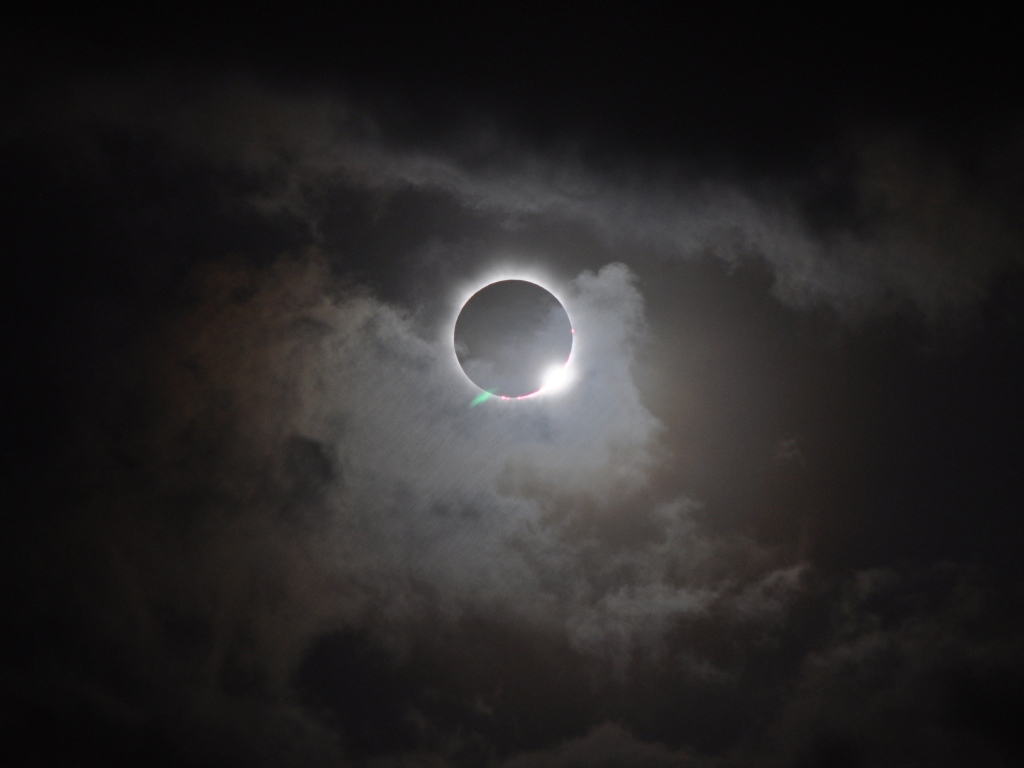 Studying the corona and its role in the interconnected sun-space system is crucial for understanding not only the relationship between Earth and the Sun but also the space environment our satellites and astronauts must travel through for future exploration, NASA explains.

University of Hawaii astronomer Shadia Habbal presented her work on the science of the corona. She said that there was a whole spectrum of color of light that our eyes could not observe. “From these different colors, we can directly probe into the physics of the corona.” Different colors provide unique information about the temperature and composition of the solar material in the corona. 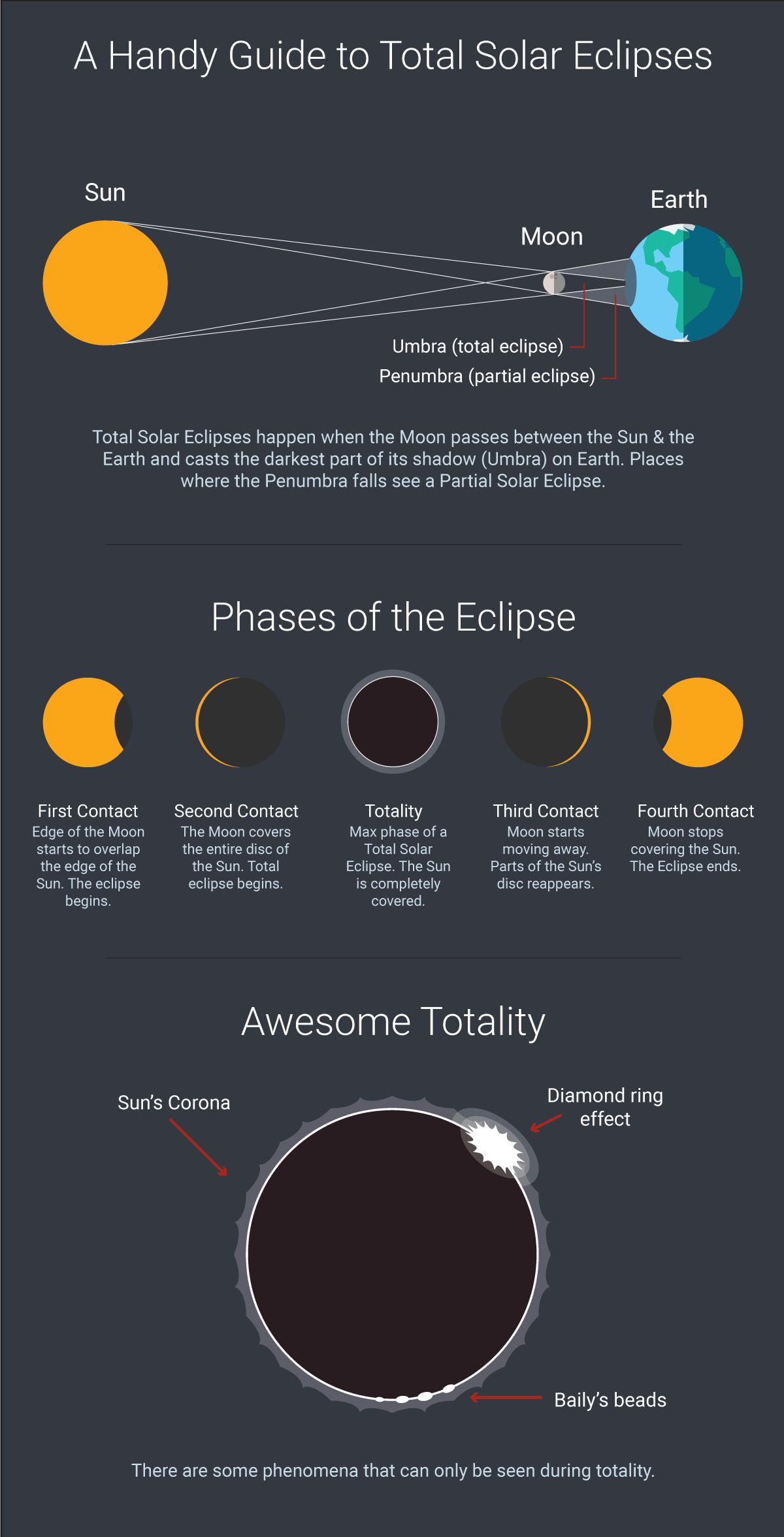 But, this amazing phenomenon is not safe for direct observation. Looking directly at the bright disk of the Sun can cause permanent damage to the eye, because of the intense visible and invisible radiation that the Sun’s photosphere emits.

It is safe to observe the totality of a solar eclipse directly only when the Moon full obscures the Sun, and not before or after totality. During this period, the Sun is too dim to be seen through filters. Alex Young, a solar scientist at NASA’s Goddard Space Flight Center in Greenbelt, Maryland, presented an overview of eclipse safety. The only safe way to look directly at the partially eclipsed Sun is through a specialized eclipse glasses which have the proper filters to minimize ultraviolet, visible and infrared light. “If you’re wearing your eclipse glasses and it becomes so dark you can’t see anything, you know it’s safe and it’s time to take them off,” Young said. 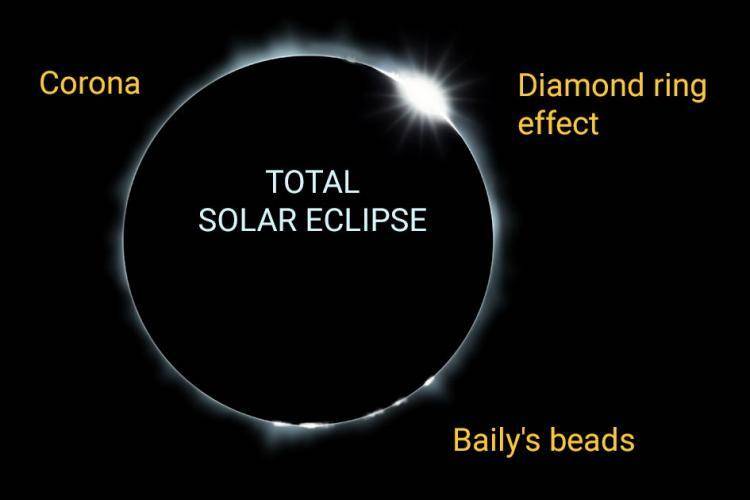 The Sun’s corona, Diamond ring and Baily’s beads, features only seen during the totality of the total solar eclipse. Source: timeanddate

In northwestern Europe, the eclipse will only be visible as a partial eclipse, in the evening or at sunset.