The Bangladeshi capital has also celebrated Eid al-Kébira that celebrates the end of the pilgrimage to Mecca. The ritual took place under torrential rain this year, with surreal images.

Eid el-Kebira is an expected three days of celebration and celebrated by Muslims worldwide. Also called the “Feast of Sacrifice” (also known as the Feast of Sacrifice), the custom is that wild animals are killed following a specific ritual, to be consumed or for the poor. 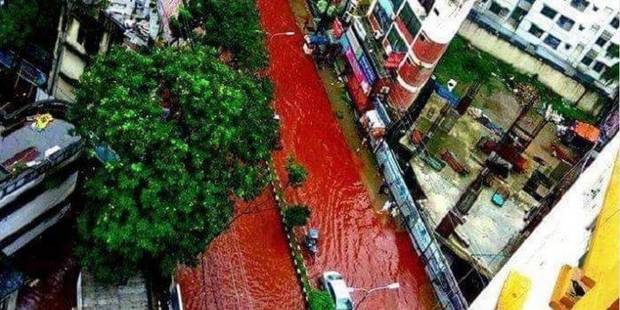 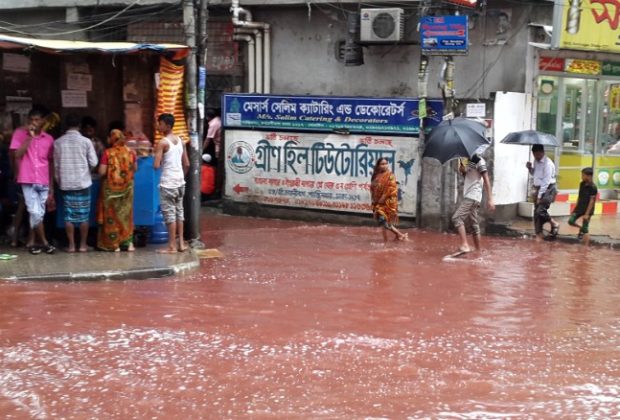 People wade past a road turned red after blood from sacrificial animals on Eid al-Adha mixed with water from heavy rainfall in Dhaka, Bangladesh.

In Dhaka, Bangladesh, the event was initially concentrate in specific locations designated by the authorities of the city. A request that was not always respected, far from it, since many people have made ​​the (x) sacrifice (s) in their own property as related by The Independent . While heavy rains descended on the region, the blood of animals so quickly mixed with floodwaters in the whole city, with surreal images worthy of an Apocalypse that would be described by René Barjavel (as in his novel “Ravage” published in 1943, editor’s note ).

#Dhaka 8:45am. Can't tell it was Qurbani Eid 24 hours ago. Exemplary job of DNCC/DSCC & cooperation of public pic.twitter.com/swzrM4xNFD

The scene lasted only a few hours but has been intense enough to shock some of the tourists on site. Once the waters discharged, some streets remained tinged with red in places.