What might happen if a huge 300-foot asteroid hit somewhere near Los Angeles? Nasa and the federal Emergency Management Agency performed a simulation of the possible scenario and they estimated that the enormous explosion would level the cities in southern California and would kill tens of thousands.

In 1908 a massive fireball leveled 1,000 square kilometers (400 square miles) of forest in Siberia, near the Podkamennaya Tunguska river. The comet or a weak asteroid was 50-100 m wide, but the scientists calculated that this blast had an explosion about 185 times stronger than the Hiroshima atomic bomb.

But, is there any way of predicting when the asteroid or comet will occur near the Earth? And, is there anything that can be done to deflect cosmic dangers hurtling toward Earth?

“The biggest problem, basically, is there’s not a hell of a lot we can do about it at the moment,” said Dr. Joseph Nuth, a researcher with Nasa’s Goddard Space Flight Center said at the annual meeting of the American Geophysical Union in San Francisco this week.

He said that large comets and asteroids are quite rare, compared to the small objects that occasionally explode in the Earth’s sky or hit our planet’s surface.

The good news, based on the scientists’ calculations and estimations, is that potentially hazardous asteroids have less than a 0.01 % chance of impacting Earth in the next 100 years. Cosmic impacts fall into the category of events that are extremely rare but are of high consequence when they do occur. They are far beyond human personal and historical experience since they are low-probability events.

The bad news is, if the cosmic hazard appears, the Earthlings would not have enough time to react since it takes years to complete some kind of deflection operation, Nuth said. Earth had a close encounter in 1996, when a comet flew into Jupiter, and then again in 2014, when a comet made a flyby just past Mars.

That second comet was only discovered 22 months before and there wouldn’t be enough time to launch a deflection mission. “If you look at the schedule for high-reliability spacecraft and launching them, it takes five years to launch a spacecraft,” Nuth said. “We had 22 months of total warning.” The chances for destroying a cosmic threat would be enormously small if humans started building the spacecraft after they’d detected a threat. 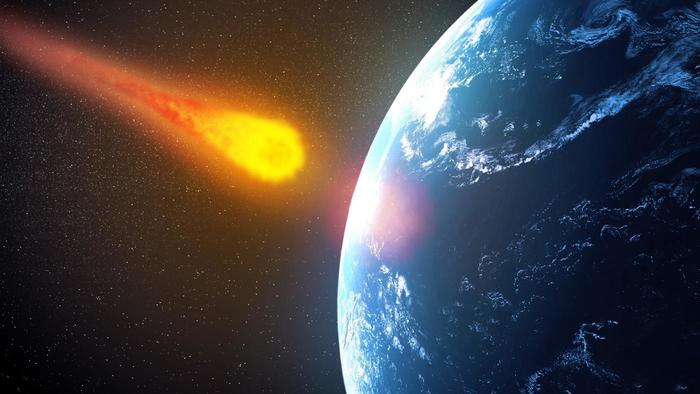 If the cosmic hazard appears, the Earthlings would not have enough time to react since it takes years to complete some kind of deflection operation

At this moment, the only solution seems to be a mass evacuation. Nuth and his team, recommend that NASA builds an intercepting spacecraft now, and keeps it in storage – just in case we need it. Of course, this kind of mission would require Congressional approval, Nuth added.

Other solution might be a building of a simple observer spacecraft that can be launched towards the threat to give the interceptor a better idea of its orbit, movements, shape, and spin axis.

Dr. Cathy Plesko, a scientist at Los Alamos National Laboratory, said at the meeting there were two ways humans might deflect an asteroid – a nuclear warhead or a kinetic impactor, which is basically a giant cannonball. “Cannonball technology is actually very good technology, intercepting an object at high speed actually ends up being more effective than high explosives”.

Part of the scientists’ concern is a lack of knowledge about the asteroids, comets, meteors and meteorites. “We don’t have a lot of data about what the insides of asteroids or comets look like,” Plesko said, “but based on what we know about physics and rock and ice we can guess.”