Smallpox virus is an acute, highly contagious disease. It is caused by the variola virus and characterized by a pustular eruption that often leaves permanent pits or scars. It is the first human disease eradicated by vaccination.The World Health Organization declared smallpox eradicated in 1980.

Child mummy found in Lithuania might hold the oldest traces of smallpox. The new research shows that smallpox has tormented humankind for more than 3000 years!!! Previous findings report variola virus found in 300-year-old Siberian mummy. Although there were similar discoveries on Egyptian mummies that are over 3000 years old, scientists cannot agree whether the traces indicate smallpox virus, chicken pox or measles. All this due to the fact that the rash caused by a virus is similar in cases of all three viruses. 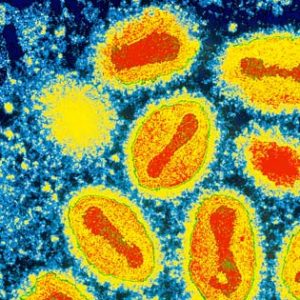 A team of experts from Canada, led by evolutionary geneticist Ana Duggan, analyzed epidermis from the mummy, which appears to be a boy age between 2 and 4. They recovered the variola DNA and contrasted it with modern virus strains from the 20th century.

The examination shows that the ancient and modern strains are not that different at all. “It’s a little bit curious,” Duggan says. It was expected that the research will show the more advanced evolution of such an ancient virus, but the results show just the opposite. According to the historical records, the late 16th-century smallpox transformed into an epidemic disease.

The aim of this research is to shed a light on smallpox evolution. To be exact, it is an attempt to better understand its evolutionary history. “This work blurs the line between ancient diseases and emerging infections. Much of smallpox evolution apparently happened in historic time,” says Margaret Humphreys, historian of medicine at Duke University.

Duggan emphasizes that researchers cannot be sure when exactly smallpox develop into epidemic disease. Whether or not those ancient Egyptian mummies had smallpox is still an open question, she says. “We haven’t closed it.”