The miscalculations on the ExoMars Schiaparelli were the cause of catastrophic lander’s fall, stated The European Space Agency. The new information on the crash of the lander on 19 October is released after recovering the data from the Mars Lander.

Official word came from ESA on the causes of Schiaparelli’s fall. The lander entered the Martian atmosphere and performed atmospheric braking just as expected. It also deployed its parachute normally at an altitude of 7.5 miles (12 km) and at a speed of 1,075 miles per hour (1,730 km/h). As planned, the vehicle’s heat shield was ejected when it reached an altitude of 4.85 miles (7.8 km), it is stated in ESA’s announcement.

But Schiaparelli’s Inertial Measurement Unit (IMU) made an incorrect calculation. For still unknown reasons, IMU reached saturation (maximum inertia) which lasted a second longer that it supposed to, and it sent that information to craft’s navigation system. The navigation system calculated a negative altitude, which meant that the land was below the Martian surface.

Due to the miscalculations, the system released the backshell too early, fired the braking thrusters, and finally activated the on-ground systems as if Schiaparelli had already landed. In reality, the Schiaparelli was still more than two miles (3.7 km) off the Martian ground. This caused a fatal free fall that sent the lander downward at 185 mph (300 km/h). 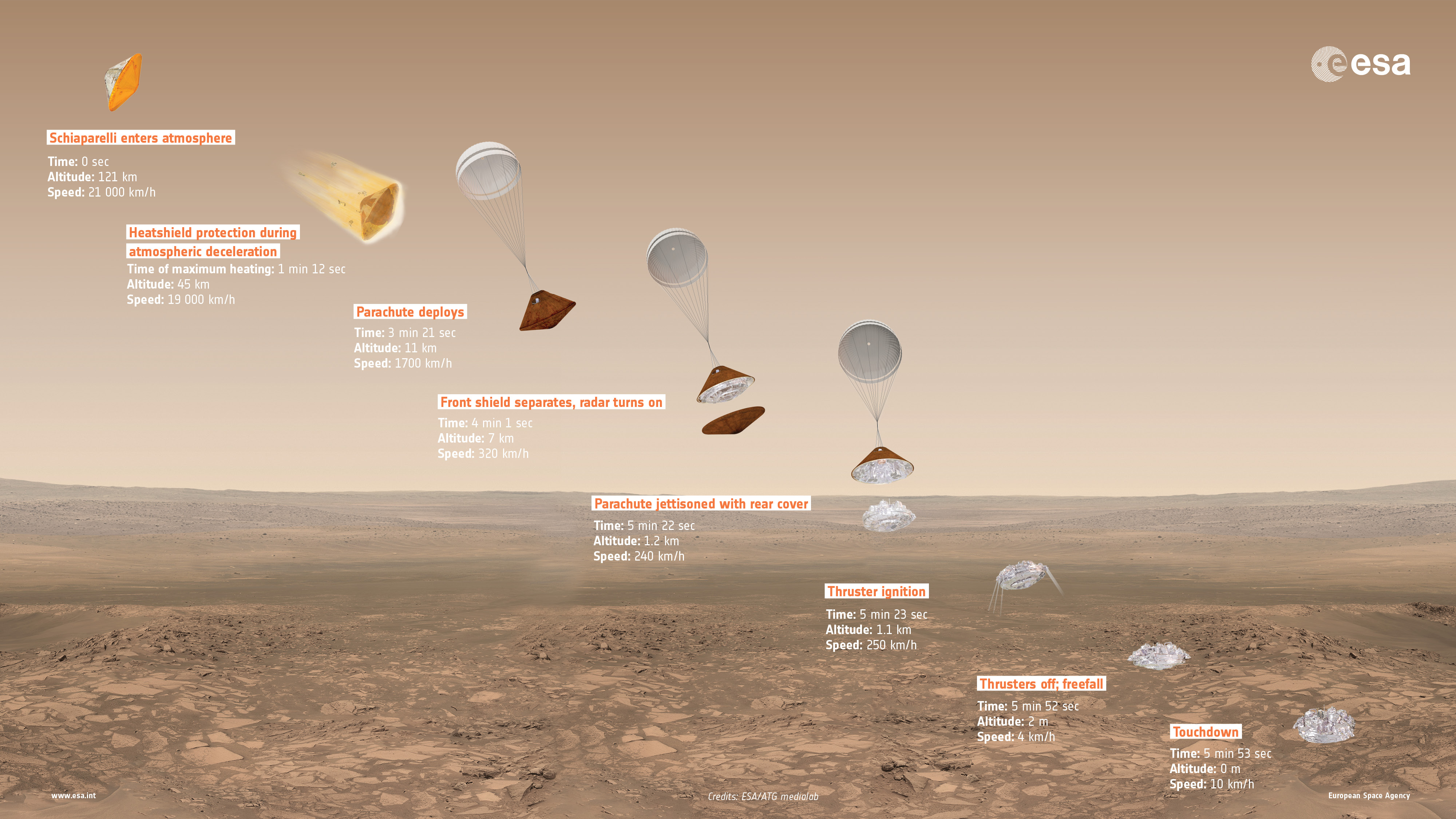 “This is still a very preliminary conclusion of our technical investigations,” says David Parker, ESA’s Director of Human Spaceflight and Robotic Exploration. “The full picture will be provided in early 2017 by the future report of an external independent inquiry board, which is now being set up, as requested by ESA’s Director General, under the chairmanship of ESA’s Inspector General.”

The Trace Gas Orbiter, the mothership of the craft Schiaparelli, has arrived at Mars on 19 October after a seven-month journey. It still orbits around Mars, sampling the Martian atmosphere to characterize the atmospheric chemistry.

ExoMars programme, a joint mission between ESA and the Russian space agency Roscosmos has a goal to collect information on the signs of geologic and biological activity on the Red Planet.

The ESA and their international partners are planning the second ExoMars mission in 2020. The 2016 Trace Gas Orbiter will act as a relay for the 2020 mission. 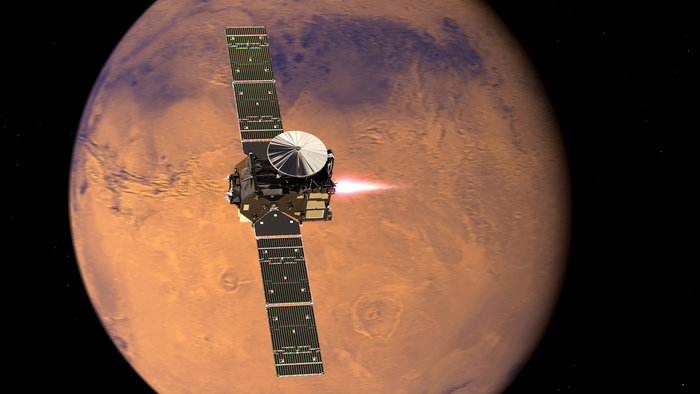