Home
news
What Are The Hexagonal Clouds In Bermuda?

TORONTO – Has the mystery of Bermuda Triangle been solved.

At least 75 planes and hundreds of ships have reportedly disappeared while crossing the 5,00,000 km square patch.

This has also given birth to a number of conspiracy theories including that of alien intervention and a lost empire within the depths of waters in the Atlantic.

Now, a report in the Daily Mail quotes scientists claiming that hexagonal cloud formations due to extreme weather conditions could be behind the disappearance of ships and aircraft.

According to multiple reports, these hexagonal clouds create ‘air bombs’ with wind speeds of around 170 mph which has the potential of drowning large ships and bringing down planes. 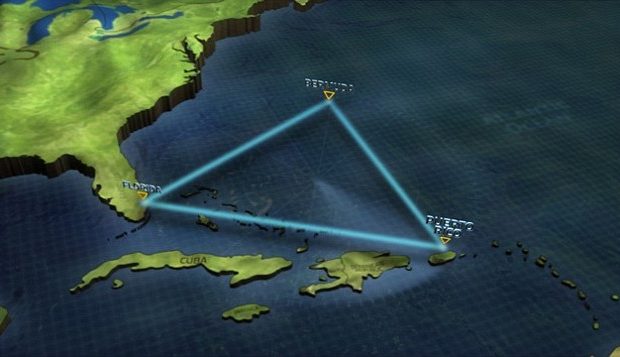 The mystifying 500,000km square patch in the North Atlantic Ocean has been blamed for the disappearance of at least 75 planes and hundreds of ships, but the oddly-shaped clouds may hold the secret to the vanishing acts

“The satellite imagery is really bizarre,” said meteorologist Dr. Randy Cerveny, according to The Mirror. “These types of hexagonal shapes in the ocean are in essence air bombs. They’re formed by what is called microbursts and they’re blasts of air that come down out of the bottom of a cloud and then hit the ocean and then create waves that can sometimes be massive in size as they start to interact with each other.”

However, it needs to be noted that such revelations are not new. Earlier in March this year, scientists had claimed to find craters up to half a mile wide and 150 feet deep under the water. This led to a possible explanation that explosions causing the craters to open up may have led to incidents of disappearance.

At least 1,000 people are reported to have lost their lives in accidents around Bermuda Triangle in the last 100 years.