Kombucha is a potentially healthy drink that is made by the fermentation of sweet tea with the culture of fungi and bacteria. Because of its properties, it is very healthy, but moderate consumption is advisable. These are some of the most interesting facts about this drink. 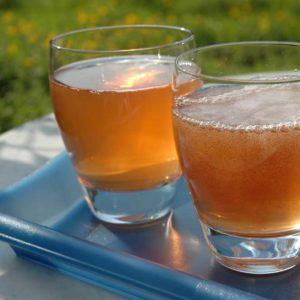 Kombucha is made in China. It is believed that it dates back to 221 BC. Back then it was called “tea of immortality,” and to this day is considered an excellent natural remedy.

It’s fermented with the mixture of fungi and bacteria culture, a variety known as the SCOBY. This means that it has a positive effect on bowel movements. During the fermentation process, it releases as much as 90 percent of the sugar from the tea, turning this beverage into the natural remedy for digestive problems.

It is a much healthier option than fruit juices full of fructose. Though we need to see more studies before we can confirm, the effects of Kombucha to weight loss is obvious because it has only 30 calories in one cup.

Kombucha yeast feeds on sugars which lead to the production of alcohol. According to the regulation of healthcare organizations: Any beverage that contains more than 0.5 percent alcohol is an alcoholic beverage. You can buy bottled kombucha in health food stores. But homemade kombucha may contain higher alcohol percentage.

If you suffer from diseases such as anemia, Kombucha is a great solution because it contains organic acids and increases hemoglobin and oxygen flow in the blood.

Kombucha is a drink that contains acids which eventually prevents the negative processes in your teeth. However, due to citrus ingredients that contain a plethora bacteria, it is advisable to rinse your mouth with water as a form of prevention.

When a human body succumbs to oxidative stress, our immune system is the first to hit. Kombucha is actively fighting against these conditions because of its nutritional properties. It has the large amounts of vitamin C and zinc which reduce inflammation.

As we mentioned earlier, it helps as a probiotic drink, but it is also beneficial for your mental health. Studies have shown that the microbes in the abdominal region are important for mental health. So drinking this tea improves mood and reduces the risk of depression and anxiety.