Whenever you think of world’s toughest material you think about diamond’s. Shiny little things that can cut through any material. Well, think again.

The scientist has made a new artificial diamond that is tougher and harder than a diamond.

Researchers have succeeded  to replicate a nano-scale version of Lonsdaleite in the lab and they assume that it’s even harder than the naturally occurring version. 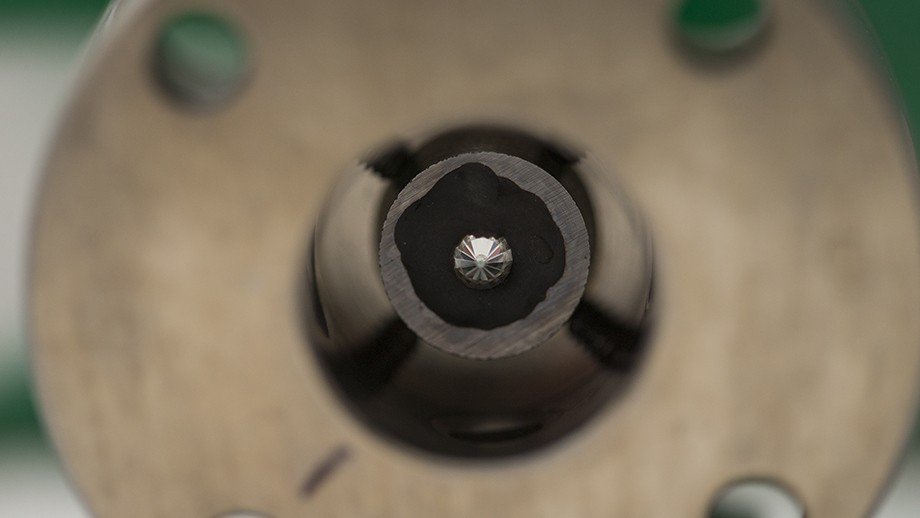 This new type of diamond is so strong that scientist are suggesting it’s immediate use in mining sites.

“The hexagonal structure of this diamond’s atoms makes it much harder than regular diamonds, which have a cubic structure,” said lead researcher Jodie Bradby from the Australian National University.

“We’ve been able to make it at the nanoscale and this is exciting because often with these materials smaller is stronger’.”

Lonsdaleite was first discovered in the Canyon Diablo meteorite site back in 1967  and was tested in the lab but without great success . It required incredible temperatures of around 1,000 degrees Celsius (1,832 degrees Fahrenheit) to achieve.

Researchers were able to create the new material by nanoengineering the diamond from scratch using a type of carbon that doesn’t have a set form, known as amorphous carbon.

Bradby and her team tested this carbon with a device called a diamond anvil. It’s made of two diamonds opposing each other to recreate the high pressures you’d find deep down inside Earth.

You can see how it works in a video below:

Using the device, they were able to create the diamonds at temperatures of just 400 degrees Celsius (752 degrees Fahrenheit). That is around half as hot as previous methods, which means it’s a lot cheaper and more efficient. And the end result is also a lot harder.

Researchers need to test this structure further to find out exactly how tough it is compared to existing materials.

“This new diamond is not going to be on any engagement rings. You’ll more likely find it on a mining site,” said Bradby.

“Any time you need a super-hard material to cut something, this new diamond has the potential to do it more easily and more quickly.”

The research has been published in Scientific Reports.