A Japanese company named ALE plans to create a colorful artificial meteor shower within the project “SkyCanvas” in the not so distant future. By using a microsatellite the particles discharged from the satellite will paint the night sky with human-made shooting stars.

Their goal is to artificially recreate the process called plasma emission, it is stated on their website. The natural shooting star occurs when a particle in space, with a size of a few millimeters, enters the atmosphere and burns brightly through the plasma emission process. 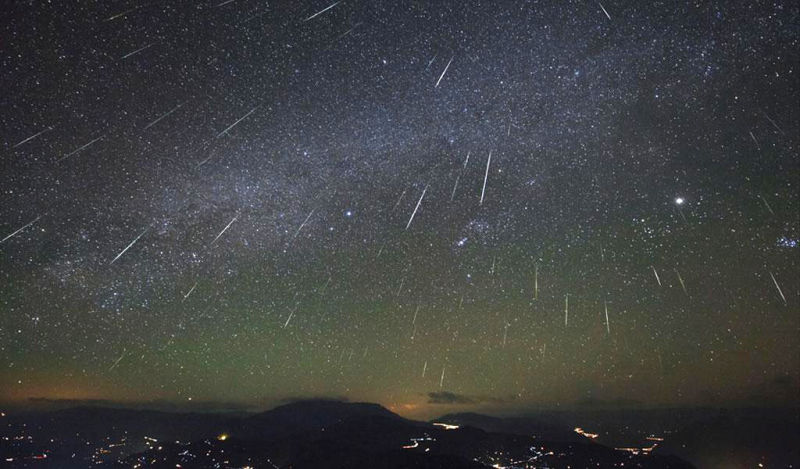 Colorful streaks on the night sky in the near future

The ALE will launch a satellite loaded with about 500-1000 “source particles”. When the satellite sets in orbit, they plan to discharge the particles. The particles will travel from 314 miles (500 kilometers) above Earth’s surface. When they finally enter the atmosphere they will become shooting stars. The plan is to make a real meteor shower, not just a single shooting star.

The artificial meteors should be visible from about 200 kilometers (120 miles) away. This meteor showers will paint the night sky into colorful streaks using a flame reaction. By loading our satellite with various materials, they are able to turn shooting stars into any color.

The founder of the SkyCanvas, Dr. Lena Okajima from the University of Tokyo is very excited about the project. “This type of project is new in the sense in that it mixes astronomy and the entertainment business. These shooting stars that are born through science function as a high-profit entertainment business and the resulting funds will serve to further advance fundamental scientific research” she said in her biography on the ALE website.

ALE scientists hope that this experiment will also serve a scientific purpose. By shooting particles of known composition and velocity into Earth’s atmosphere, ALE will contribute to the advancement of physics in the aerosphere and collect data to be referenced for the safe flight of space capsules back to the Earth. The team also hopes to learn more about how to deal with debris (space trash) from defunct satellites.

Once the mission SkyCanvas ends the satellites will be combusted entering the atmosphere within next 25 year, so the used satellite won’t become debris, ALE reported on their website.”In this case, the used satellite itself will become a very large shooting star.”

The scientific team emphasizes the safety of the project since the particles will not be discharged unless safety is confirmed. They will calculate the probability of colliding with other objects in space to avoid any potential danger.

Also, this magnificent show is everything except cheap. Each artificial “shooting star” costs about a million yen or $8,100. This price doesn’t include expenses for development and launch.