After nearly 2 centuries, an elk has been spotted in South Carolina.

Photos of a young bull elk taken in the Upstate in northern Pickens County are circulating on social media.

Scientists with the South Carolina Department of Natural Resources have confirmed at least four sightings since Friday when the bull was seen at Camp McCall.

Dr. Carl Walsh, president of the South Carolina chapter of the Rocky Mountain Elk Foundation said the elk is thought to be at least 2 ½ years old.

Tammy Wactor, a wildlife biologist, said the bull might weigh around 700 pounds. She said it was “likely pushed out of its territory in Haywood County, North Carolina, by bigger bulls.

Biologist told USA Today, elk were eliminated from the southern Appalachian Mountains in the late 1700s due to over-hunting and loss of habitat. They said the species neared extinction across North American by 1900.

Elk were reintroduced into the Great Smoky Mountain National Park in 2001 with an estimated population of 150. 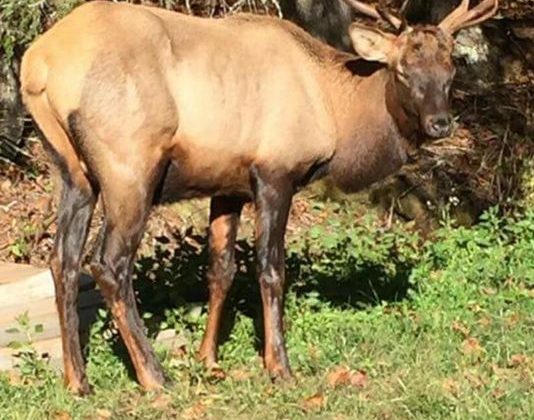 Walsh said it’s against the law to hunt or bother elk. Biologists said South Carolina lawmakers passed legislation five years ago to protect elk in anticipation of migration back into the state.

DNR officials are warning that people should not approach of feed the elk.

“People get a false sense of security because elk don’t mind being approached,” said Justin McVey, a wildlife biologist with the N.C. Wildlife Resources Commission. “But they are still wild animals and can be very dangerous. All it would take is for that elk to swing its antlers, and it could really hurt somebody.”

Wactor said the young bull elk might return to North Carolina if there are no females where it is in Pickens County. 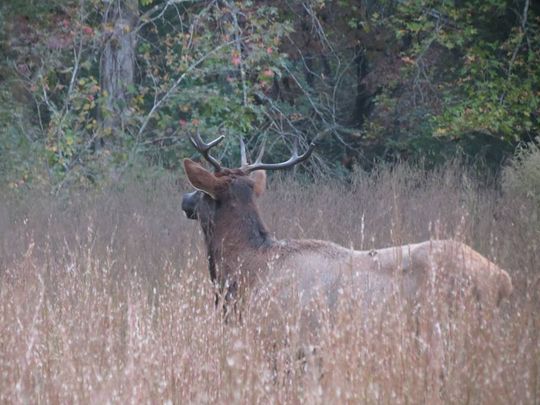 An elk, the first seen in South Carolina in centuries, gazes across a field in northern Pickens County. (Photo: provided/Caleb Cassell)