The bones found in the Antikythera wreck could reveal the origin and provenance of those who built over 2,000 years ago, an amazing example of technology to study the sky.

The wreck Antikythera reveals a new surprise: the area where the sunken Roman ship in the first century. BC, several skeletal remains have been found. Their study will perhaps clarify the origin of the Antikythera machine (or the Antikythera mechanism ), one of the most amazing “technologies” of antiquity.

The Antikythera mechanism has been discovered off the coast of the Greek island of Cerigotto (or Antikythera, in the southern Peloponnese) at the beginning of the last century. Long remained a mysterious object, only in recent years, after a long and painstaking work of cleaning and restoration, it was discovered that served as a mechanism to reconstruct the movement of planets and stars, as well as to predict eclipses of the sun and Moon. 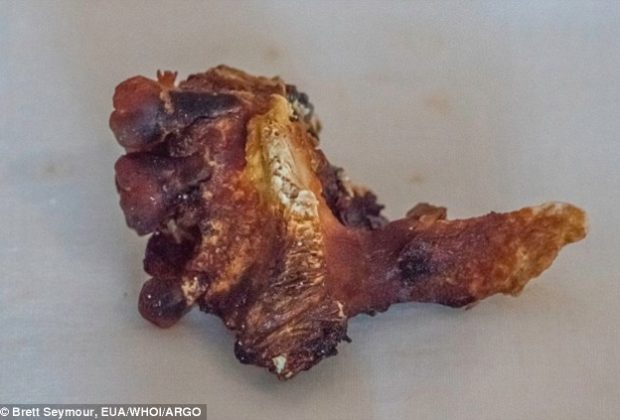 It is even a working model of the mechanism (based on what was recovered was rebuilt), but has not yet been fully interpreted. In addition, there is a puzzle to which no one has yet heard an answer from those who designed and built such a complex machine to the knowledge of 2000 years ago?

DNA DETECTOR? The skeletal remains were found in the area of the wreck, 50 meters deep: part of a skull, a jaw, a femur and parts of arms. If you can extract DNA not completely compromise might therefore be possible to trace the origin of the men who were traveling on the ship.

Archaeologists study the human past through the objects our ancestors created,’ said Brendan Foley, a marine archaeologist with WHOI.

It is possible that the Antikythera mechanism would serve to explain to students the mechanics of the sky then known? Or served “only” to study and predict the celestial phenomena? If you can study it, the DNA will not respond to these questions, however, it could reveal where he came from and, with this, those who ran the mysterious machine.