Home
news
Giant Panda under new threat
Research by U.S and Chinese scientists has established that the giant panda is under a new threat. According to the study that was published in Nature Ecology and Evolution Journal, the current habitat of the adorable pandas occupies less area and is also more fragmented compared to what it was in 1988 when it was first listed as an endangered species. The research was released on 25th September 2017.
According to Stuart L. Pimm, professor of Conservation Ecology at Doris Duke University’s Nicholas School of Environment, The International Union of Conservation (IUCN), recently changed the giant panda status from “endangered” to “vulnerable,” which is less threatened. They were informed by the growing numbers of the giant panda.
The study was based on remote sensing and satellite data from the year 1976 to 2013.
Worse shape
Overall, the habitats of are in worse shape today compared to the year 1988 when the species first entered the list of endangered species, according to the study.
The study authors cited a number of reasons for the decreased giant panda habitats, and they included logging, road construction, earthquakes, agriculture, and human encroachment. According to the researchers, these are some of the factors that have contributed to dividing their habitats into much smaller areas. Another reason why giant panda habitat is shrinking, according to the researchers, is the recent rise in tourism as one of the contributing factors.
The problem, which is described as fragmentation, has the potential to wreck mayhem �on panda sex’, according to one of the study co-authors Stuart Pimm. He noted that due to the disintegration of species, there is a possibility of some groups ending up as all female or all male, for example. 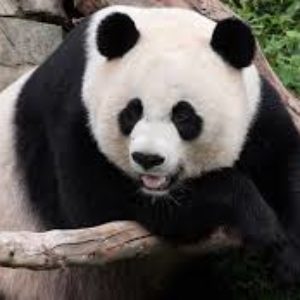 Conservation efforts
China, which is the only country in the world where giant pandas live in the wild, has invested a lot in panda conservation. It has established nature reserves, planted bamboo forests and even set up breeding programs. There are also plans to open up a large Giant Panda National Park by the year 2010, linking scores to isolated habitats.
Meanwhile, there are more people traveling to these reserves especially in Sichuan province to see these animals, and in the process bringing tourist cash to the locals.
The planned national park, which will occupy 27,134 sq km when complete, is expected to attract a bigger number of tourists, but the government says it has plans to protect the ecosystem of the conservation area, emphasizing on its obligation of providing nature experience that also educates visiting tourists.
The study, according to lead researcher Xu, revealed complex changes. Habitat decreased by almost 5 percent in a 35-year period ranging from 1976 to 2001. However, average patches size decreased by 23% in the same period.
Jiangua Liu, the study co-author, who started studying the natural and human forces behind habitat loss in the geographic range of giant panda since 1996, observed that certain changes that have taken place in the area are encouraging.
It is estimated that 1,900 pandas are living in the wild at the moment, the number of which is a few hundred more than their number back in the 80’s.
Tweet Pin It