Home
news
What Are Ice Fumaroles?

Antarctica has plenty of unique and fascinating features which bring many scientists to this continent. Mount Erebus, the second highest volcano in Antarctica is the site of various phenomena – from permanently exposed lava or so-called lava lake to breath-taking ice chimneys. These spectacular chimneys are actually ice caves and towers formed by volcano fumaroles and therefore are known as ice fumaroles.

This phenomenon is specific to volcanoes located in very cold areas, where gas and heat seeping through the volcano vent melt the snowpack above, carving out a cave. Steam coming out of volcanic vents in the ground freezes as it hits the cold air, creating chimneys of ice. These ice towers, formed around gasses that escape from vents in the surface, stand up to 60 feet high sometimes.

A few other volcanoes have a similar thing to Mount Erebus ice fumaroles – Mt Rainier, Mt Baker in the Cascades, Mt Melbourne in Antarctica and several in Iceland.

But, Mount Erebus is the most convenient and accessible place for the ice fumaroles studies. “There’s nothing like Erebus in terms of the number and diversity”, claims Aaron Curtis who was working with the Mount Erebus Volcano Observatory at New Mexico Tech for several years, making the first program of mapping and monitoring the gas chemistry and microclimates of the caves. 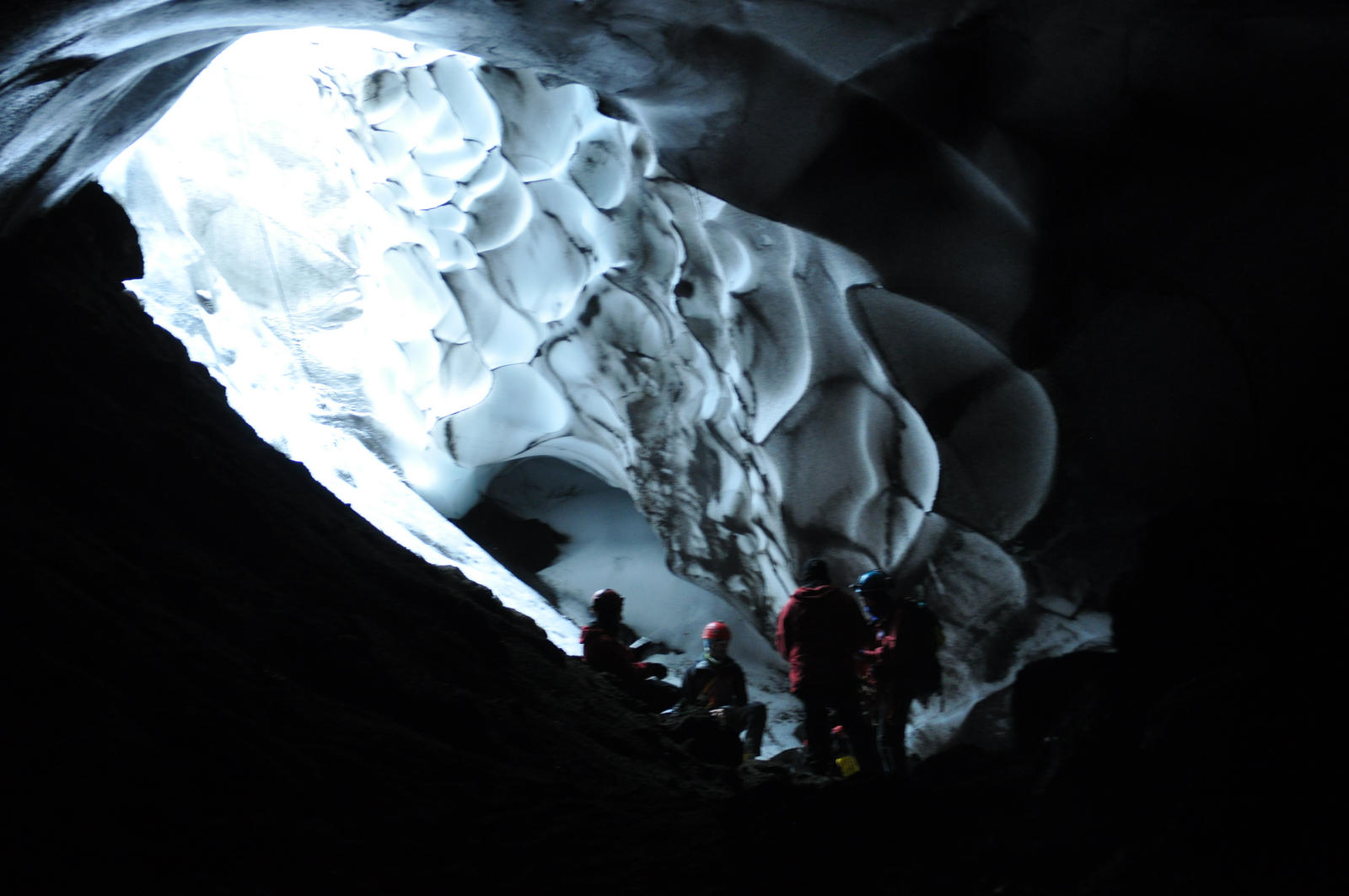 Some of Mount Erebus ice fumaroles are up to 1 km long and therefore very suitable for exploration. Image Source: earthref.org

There are hundreds of these ice fumaroles of all sizes, shapes, and forms in the Mount erebus. Some of them, wide and nearly 1 km long, allow scientists to enter them and explore the interior of caves and towers. 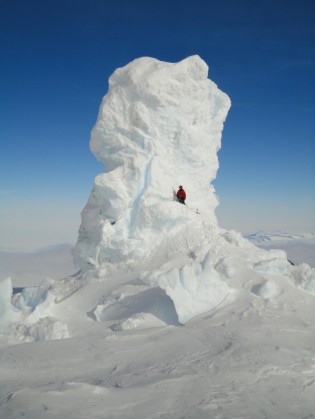 Aaron at Sauna Cave in 2010. Sauna is the warmest of the Erebus caves that Aaron has worked in, at about 40 degrees Celsius. Photo: Nial Peters. Image Source: volcanofiles.com

But, the ice fumaroles are also very dark, humid and they’re constantly changing.

“I’ve been astonished by the differences in caves just from one field season to the next. The passages seal off and whole new sections will open up – it’s kind of a weird feeling because the caves are vaguely familiar from last year so it can be quite disorienting”, Curtis explains.

The air inside the ice fumaroles has 80% to 100% humidity. “I feel fortunate because I get to stay down in the nice warm protected environment while other people are up at the rim – but it’s humid down there, and when you come back to the surface, your clothes turn into armor when everything freezes”, says Curtis.

The life inside these ice fumaroles is sparse, mainly bacteria and fungi. That’s why it’s very suitable for studying microbes at the bottom of the food chain. Ice fumaroles are interesting for studying oligotrophs – organisms that can survive on minimal amounts of resources. The main types of microbe found there are Chloroflexi and Acidobacteria, microbes that get all of their energy from chemical reactions with the rocks. 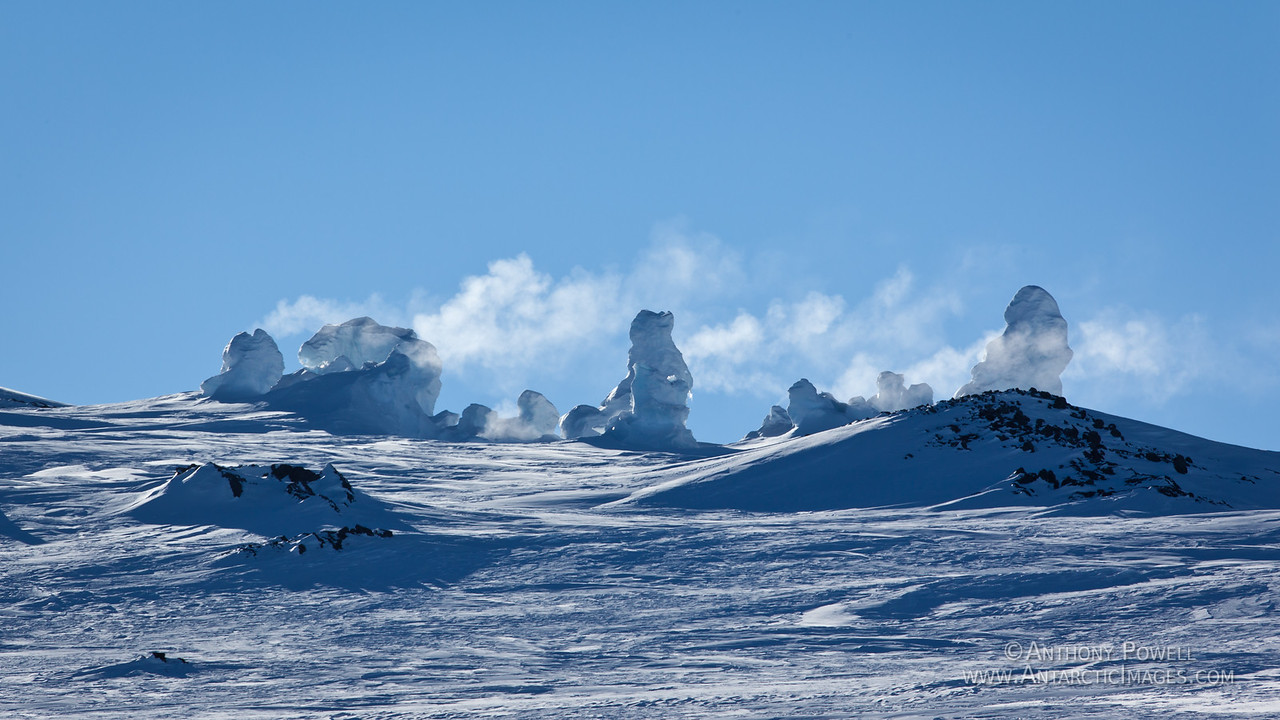