New research has shown that a powerful solar storm that packed the radio and radar communications in the peak of the Cold Conflict had nearly ignited atomic conflict between the USSR and America.

Based on the research, published in the journal Space Weather, the U.S. Air Force equipped their airplanes with nuclear weapons on May 23th 1967 thanks to the perturbation of three of the Ballistic Missile Early Forewarning Program radar sites found in Alaska, Greenland and Britain.
U.S. military authorities presumed that the USSR were liable for the crashing of their radiodetection system and which by that time was perceived as an act of war. Yet, prior to the battleaircraft that got the green light, climate forecasters from NORAD  stated that it was possible that solar storms could interrupt radio -and radar communications.

“Had it not been for the fact that those guys had invested quite early  in solar- and geomagnetic storm predictions, the effect could have been devasting,” mentioned Delores Knipp in a news release, a space physicist at the University of Colorado in Boulder and lead author of the research. “This was an important lesson to always be prepared and to take in consideration all external factors.” 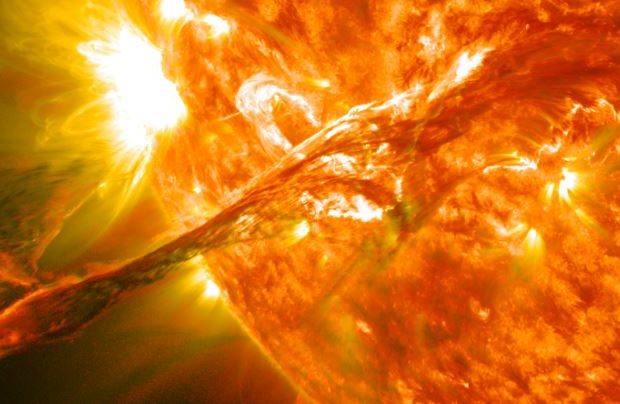 Space experts found an unusually large group of sun spots with extreme magnetic fields showing in one area of sunlight on May 18th 1967 and by May 23th, observatories in New Mexico saw a flare observable to the naked eye while the solar radio in Massachusetts  documented an unparalleled amount of radiowaves emitted by the sunlight.

The geomagnetic storm is also strong enough to make the Northern Lights, which is usually only seen in or near the Arctic Circle, visible as far south as New Mexico.