After more than 19 years since launching and more than 12 years studying Saturn, its rings and moons, NASA’s Cassini spacecraft will enter the first phase of the final year of its epic voyage on November 30. The historic scientific odyssey is drawing near its end because the spacecraft Cassini is running out of fuel.

Between November 30, 2016 and April 22, 2017 Cassini will circle high over and under the poles of Saturn, and it will dive through the outer edge of Saturn’s rings 20 times, once every seven days. The scientific team called this phase of the mission Cassini’s Ring-Grazing Orbits because the spacecraft will be skimming past the outer edge of the rings, NASA reported. 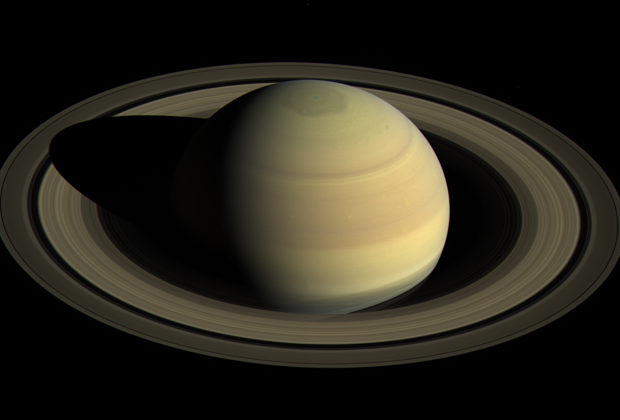 During the Ring-Gazing phase, Cassini’s instruments will attempt to directly sample the icy ring particles and molecules of faint gases near the rings. This phase will offer many opportunities to observe the small moons that orbit in or near the edges of the rings, including best-ever looks at the moons Pandora, Atlas, Pan and Daphnis.

The Grand Finale, Cassini’s last phase, begins in April 2017 when the spacecraft will make 22 plunges through the gap between Saturn and the rings. During this phase, Cassini will make the closest-ever observations of Saturn, mapping the planet’s magnetic and gravity fields with exquisite precision and returning ultra-close views of the atmosphere.

The final phase will come to a dramatic end on Sept. 15, 2017. Cassini will dive into Saturn’s atmosphere, providing an unprecedented view of the planet’s gravity, structure, composition and atmosphere. Since the spacecraft will be out of fuel during the final plunge, there is no threat of biological contamination of potentially habitable Saturn’s moons.

Cassini has toured the Saturn system since arriving there 2004 and during its journey, Cassini has made many discoveries, including a global ocean within Enceladus and liquid methane seas on Titan. 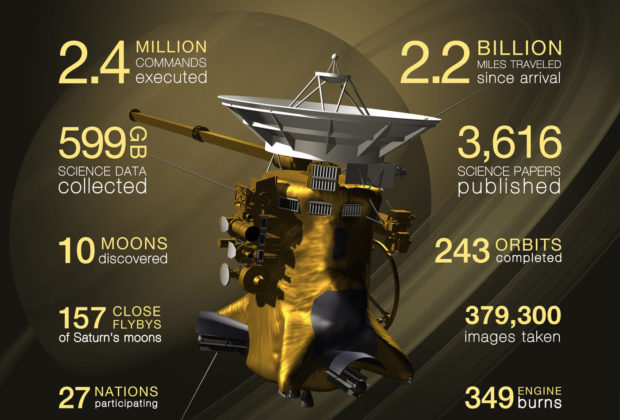