The second Supermoon this year will appear in the night’s sky on Tuesday, Dec. 13 into Wednesday, Dec. 14. The skywatchers will be able to see the moon bigger and brighter than usual if the weather allows.

Since the Moon has an elliptical orbit sometimes it is closer to the Earth, and sometimes further away. As a result of the Moon’s elliptical orbit, the distance between the Moon and the Earth varies throughout the month and the year. That’s why this phenomenon can’t be seen very often.

The Moon will look 13% bigger than when the full moon is at its smallest and furthest away from the planet. Astronomers suggest looking out for the Supermoon when it is low in the sky just after sunset or before sunrise. At this position, the Moon looks bigger and brighter, because you can compare the apparent size of the Moon with elements in the landscape like hills, foliage, and buildings. This effect is called the Moon Illusion.

Both astronomers and skywatchers hope for the clear, cloudless sky, cause this is their last chance of observing the Supermoon this year. The most recent Supermoon occurrence was on November 14, 2016, which was the moon’s closest encounter with Earth in over 68 years, since January 26, 1948. The moon was at the distance of 221,524 miles (356,509 kilometers) from Earth. On average the distance between the Moon and Earth is about 238,000 mile (382,900 kilometers). 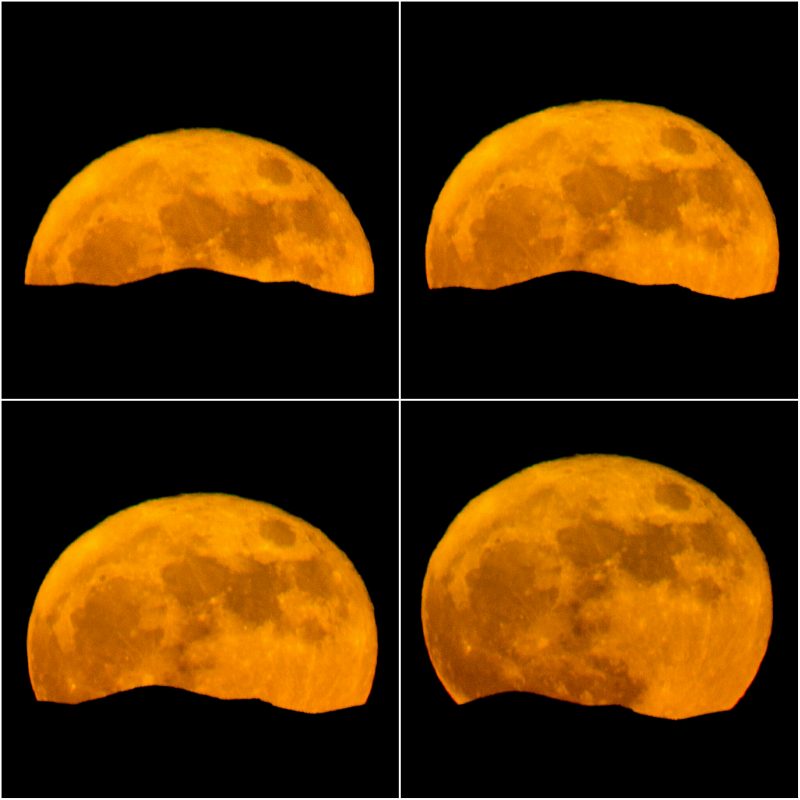 The rising of the Supermoon on Nov. 14. Credits: John Solvie

December’s Supermoon occurs the same night as the peak of the Geminid meteor shower, and unfortunately for skywatchers and stargazers, the Moon’s bright light will reduce the visibility of the meteor shower.

The high tides are expected since the tides on Earth are mostly generated by the Moon’s gravitational pull from one side of Earth to the other. During the Supermoon, the gravitational pull leads to larger variation between high and low tides.

Many people wonder if there is a possibility of natural disasters during the Supermoon. Although the Sun and the Moon’s alignment cause a small increase in tectonic activity, scientists claim there is no connection between Supermoon and natural disasters.

The commonly used term Supermoon is not astronomical, but astrological. The scientific term is perigee-syzygy of the Earth-Moon-Sun system.

The opposite phenomenon, when a full or a new moon is farthest from the Earth has been called a Micromoon. Occasionally, Supermoon can coincide with a total lunar eclipse. This happened in September 2015, while the next will be in October 2033. 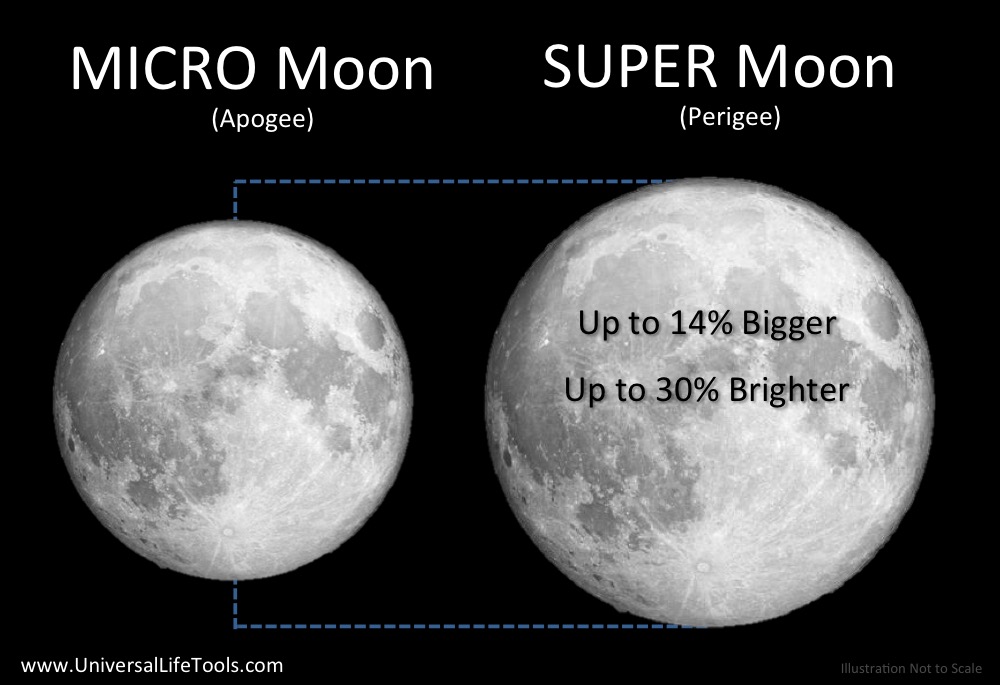