A surprise asteroid flew by Earth early Monday morning, and we barely saw it coming. This huge space rock passed our planet about 50% closer than the Moon, occurring in the US East coast sky.

The asteroid passed just 120,000 miles from Earth and was only spotted 24 hours earlier.
2017 AG3 was discovered only Saturday by the University of Arizona’s Catalina Sky Survey, according to an email from Slooh, a company that broadcasts live views of space.

Eric Feldman, an astronomer with Slooh, said during a live broadcast of the flyby at 7:47 am ET on January 9 that the asteroid was moving really fast and very nearby to us. “It actually crosses the orbits of two planets, Venus and Earth”, he also said.

Luckily, 2017 AG3 missed our planet and continued its own journey. But, what would have happened if it had actually stricken the Earth? Was there any powerful weapon to destroy the asteroid before it collides with our planet? 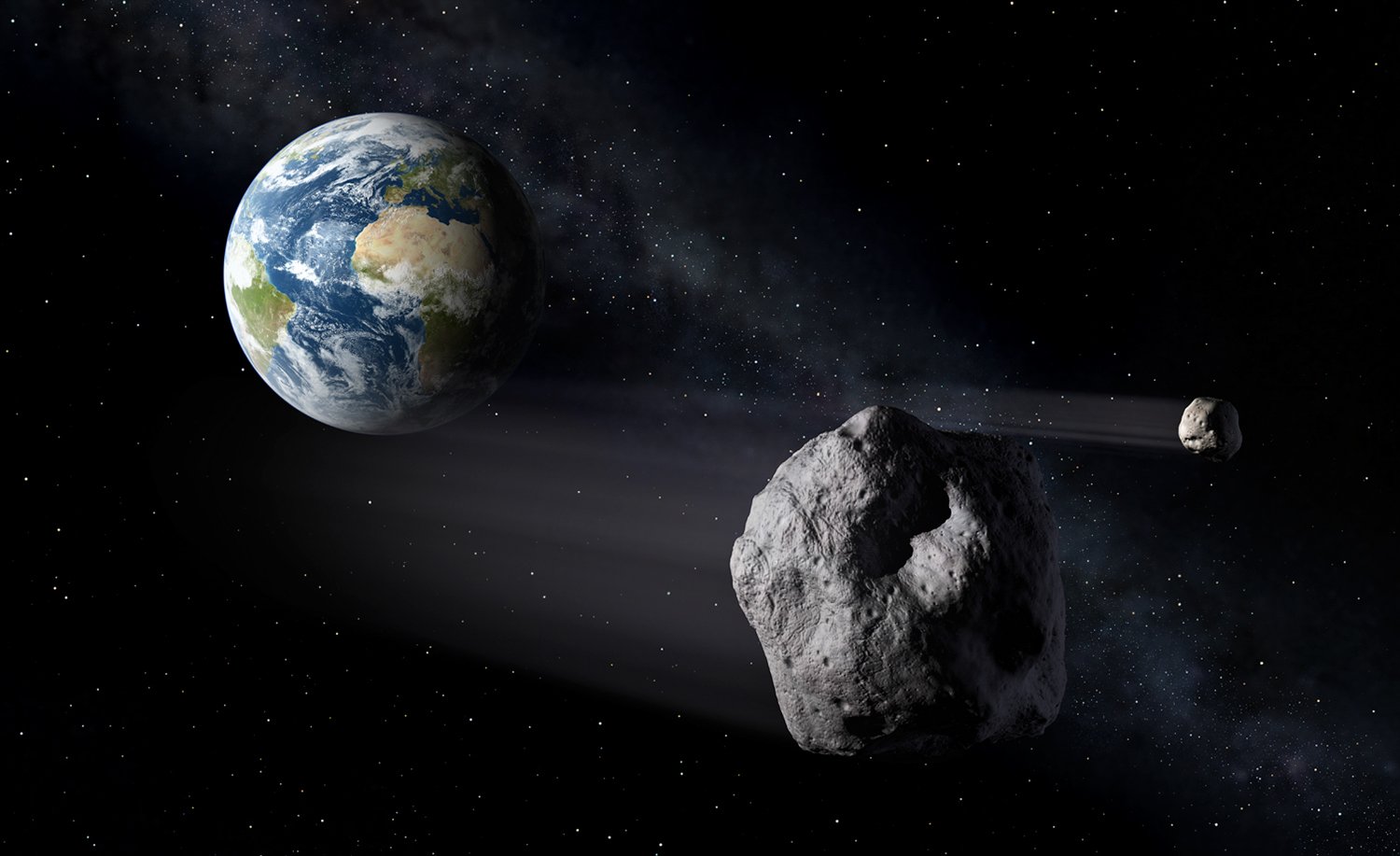 Interstellar objects, like asteroids, pass by our planet almost every day. But, the asteroid strikes actually occur every 150 year

Researchers at Purdue University, who created a simulator called Impact Earth! looked into that possibility, and their results suggest it might not be as bad as it sounds.

Though the surprise asteroid was quite big, and his blast hypothetically would have been more powerful than the Hiroshima atomic bomb, it wouldn’t have had much effect on Earth’s ground. But the object occurred from distance about 10 miles high, so it would probably have exploded as an airburst.

The Near Earth Objects (NEO) are passing by our planet very often. Actually, Nasa Near Earth Object Program have already recorded 10 close-to-Earth approaches in 2017. In fact, about 35 more close approaches are expected just within the month of January.

But, among 10 interstellar approaches far by now, the one that flew by our planet on January 9, was the closest. The day before, a much bigger (almost 1000 m long) and with bigger relative velocity, NEO flew by Earth. But, the distance from the Earth was also bigger – 130 times than the 2017 AG3.

2017 AG3 was approximately big as the meteor that hit Chelyabinsk, Russia in 2013. The asteroid strikes, like the one in Chelyabinsk, occur every 150 years.

Is Earth prepared for asteroid strike?

But, in December last year, NASA reported that, in the case of the asteroid or any interstellar object approaching directly to Earth, our planet would be defenseless.

“The biggest problem, basically, is there’s not a hell of a lot we can do about it at the moment,” said Dr. Joseph Nuth, a researcher with Nasa’s Goddard Space Flight Center said at the annual meeting of the American Geophysical Union in San Francisco last year.

If the cosmic hazard appears, the Earthlings would not have enough time to react since it takes years to complete some kind of deflection operation, Nuth explained.