Home
news
Your 2026 Travel Plans May Be Extra-Orbital
Air travel can be an exhausting and expensive undertaking, and it seems like with every passing year you’re paying more money for less amenities.  With United Airlines recently unveiling their “Basic Economy” tickets (basically coach with no overhead bins), it would seem as though it’s going to get worse before it gets better.
There may be a new travel option approaching that could resurrect the splendid wonderment that commercial air transport once possessed. A novelty long lost amidst the turbulence of airlines systematically turning a blind eye to customer experience at every opportunity.
That’s right, space cowboys and cowgirls; we’re going back to the frakking moon.
You might be thinking to yourself that human-kind returning to the moon would have been an inevitability. Given the recent advancements by companies like SpaceX and their multiple successful rocket launches, how could it not? Private industry is now delivering resupply missions to the International Space Station and launching satellites. It should come as no surprise then that the concept of interplanetary commercial travel will almost certainly become reality in your lifetime. In fact, it may be here before you even pay off your mortgage. 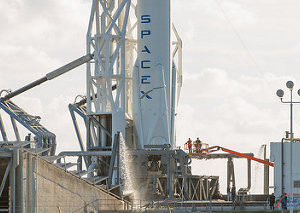 In August of this year, the Federal Aviation Administration (along with the US State Department and NASA) issued a determination. You can be forgiven for missing this, because press releases from the FAA are rarely trending topics on social media. This one’s important though, so pay attention. The ruling granted, for the first time in history, a private enterprise permission to leave the orbit of Earth. The company in question, Moon Express, Inc. (MoonEx), intends to launch an unmanned mission to the moon in 2017. A mission that MoonEx claims will have far-reaching positive economic and technological implications. It’s founder, Naveen Jain, even predicts this will make lunar travel a reality for around $10,000 within a decade. 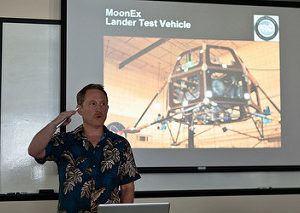 A five figure price tag may seem an unreasonable prospect for a lot of folks regarding any terrestrial holiday. However, a summers’ sojourn to the Sea of Tranquility might just be too good to pass up. Especially considering that price tag is actually less than what some people pay for a first class flight from California to South Korea right now.

So, in five years, when you’re paying extra for use of the lavatory cabinet closest to your budget basic economy middle seat whoopee cushion, take solace in the knowledge that, if our Silicon Valley overlords are to be believed, you’re halfway closer than you were today to the future The Jetsons promised us. 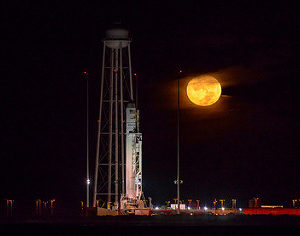