Hurricane Matthew, the fiercest Caribbean storm in nearly a decade, barreled toward the southeastern United States on Thursday after killing at least 69 people, mostly in Haiti, on its deadly northward march.

As Matthew blew through the northwestern Bahamas on Thursday, it was predicted to strengthen from a Category 3 to 4 storm en route to Florida’s Atlantic coast, the U.S. National Hurricane Center said. The storm could either take direct aim at Florida or brush along the state’s coast on Thursday night.

Some 65 people were killed in Haiti and thousands were displaced after the storm smashed homes and inundated neighborhoods earlier in the week.

The National Hurricane Center extended its hurricane warning area farther north into Georgia and more than 12 million U.S. residents were under hurricane watches and warnings, according to the Weather Channel.

Roads in Florida, Georgia and North and South Carolina were jammed and gas stations and food stores ran out of supplies as the storm approached, carrying with it strong storm surges, heavy rain and sustained winds that accelerated overnight to about 125 miles per hour (205 kph). 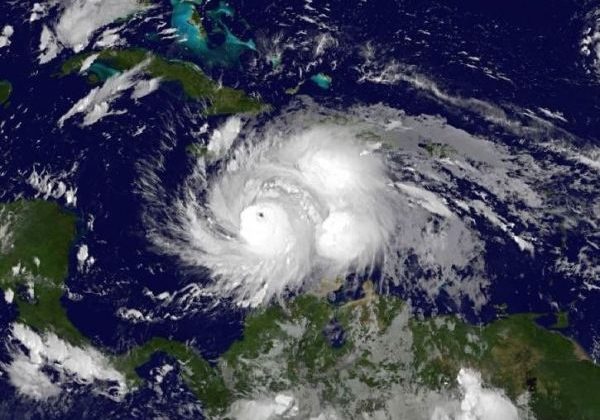 The damage could be “catastrophic” if the hurricane slammed directly into Florida, Governor Rick Scott warned, urging some 1.5 million people in the state to heed evacuation orders.

“If you’re reluctant to evacuate, just think about all the people who have been killed,” Scott told a news conference on Thursday. “Time is running out. This is clearly either going to have a direct hit or come right along the coast and we’re going to have hurricane-force winds.”

The projected path of the storm, according to the National Hurricane Center: