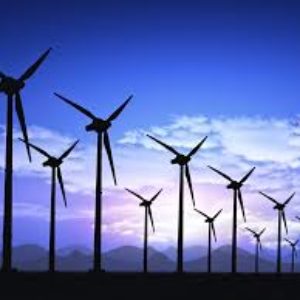 The world added a record 138.5 gigawatts of renewable power capacity in 2016 despite a 23 percent drop in investment, reflecting the falling cost of clean energy.

The new energy mainly from the wind and solar installations, but not including large hydro projects was up eight percent from the previous year, on global investment of $242 billion.

Investment in fossil fuel based energy was approximately half that amount in 2016, according to a report jointly published by UN and BNEF.

“Ever-cheaper clean tech provides a real opportunity for investors to get more for less,” said Erik Solheim, Executive Director of UN Environment. The

The renewables capacity brought online in 2016 is equivalent to that of the world’s 16 largest power producing facilities combined.

The new figures come a day after Europe’s energy utilities dealt a body blow to the coal industry by pledging that no new coal-fired power plants would be built after 2020.

National energy companies from 26 or the European Union’s 28-nations with the exception of Poland and Greece joined the initiative, announced in Brussels.

In a statement, the consortium of 3,500 electricity generating companies renewed its commitment to Paris Agreement, the 196-nation climate pact that vows to cap global warming at under two degrees Celsius( 3.6 degrees Fahrenheit).