The scientists from all over the world hope that the satellites can help forecast the climate change impact on the distribution, abundance, and migration of animals. Satellite observations, measurements, and modeling of the possible changes are relatively easy and more affordable than the measuring on the ground, which could be logistically difficult, hazardous and very expensive.

In a press conference Monday at the American Geophysical Union meeting in San Francisco, three researchers discussed how detailed satellite observations can help predict the changes in the population of endangered animal species.

The researchers calculated a 30% drop in the global population of polar bears over the next 35 years, based on the satellite record of Arctic sea ice extent. Polar bears depend on ice for nearly all aspects of their life, so the researchers think that it is expected that the bear numbers decline directly proportionally with sea ice.

Surely, it is quite difficult to predict those numbers, especially for the animals in vast regions. “But at the end of the day, polar bears need sea ice to be polar bears. This study adds to a growing body of evidence that the species will likely face large declines as loss of their habitat continues”, said Eric Regehr of the U.S. Fish and Wildlife Service in Anchorage, Alaska. 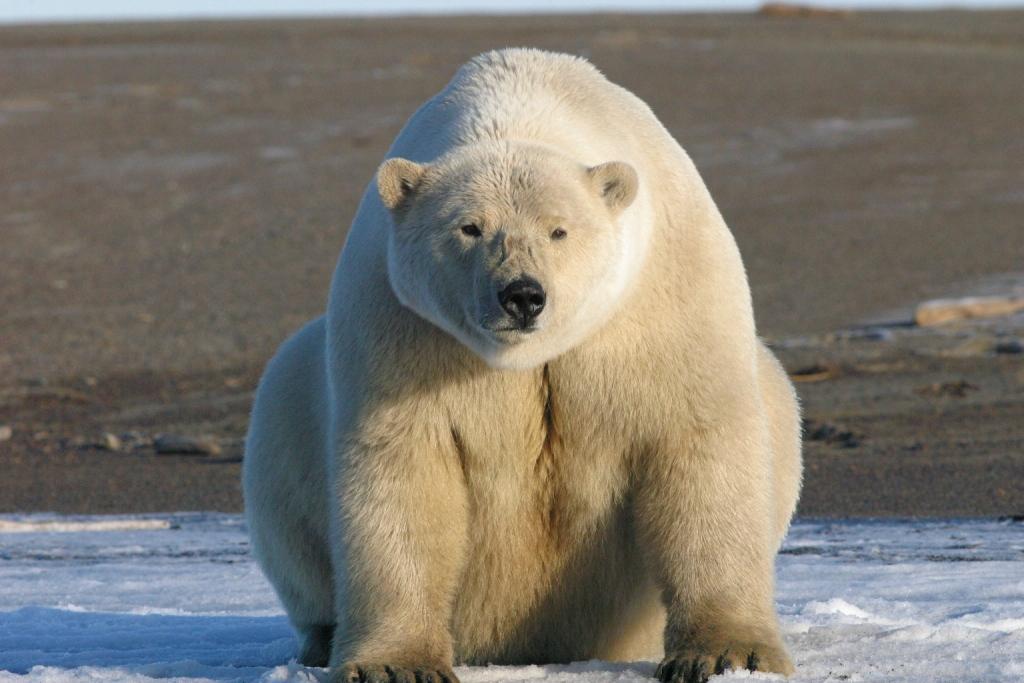 A young polar bear sitting on the shore in southern Beaufort Sea, Alaska. In some parts of the Arctic, sea ice loss is causing polar bears to spend longer periods on shore each summer. Credits: U.S. Fish and Wildlife Service/Eric Regehr

Regehr led the study on projections of the global polar bear population. The co-author of the project was Kristin Laidre from the University of Washington’s Polar Science in Seatle. “On short time scales, we can have variable responses to the loss of sea ice among subpopulations of polar bears,” Laidre said. “For example, in some parts of the Arctic, such as the Chukchi Sea, polar bears appear healthy, fat and reproducing well — this may be because this area is very ecologically productive, so you can lose some ice before seeing negative effects on bears. In other parts of the Arctic, like western Hudson Bay, studies have shown that survival and reproduction have declined as the availability of sea ice declines.”

Due to the drought, mountain lions could be attracted to urban areas

When it comes to the mountain lions, David Stoner, a wildlife ecologist at Utah State University in Logan, thinks the vegetation changes will cause these animals to be attracted to cities and farm. “Droughts will make human landscapes more attractive to deer because farms and suburban areas are irrigated and would remain fairly green,” he explains.

It is obvious the mountain lions indirectly depend on vegetation and plant productivity. The mountain lion is the main predator of the deer mule, so the loss of vegetation due to droughts will impact not only herbivores but also the carnivores. 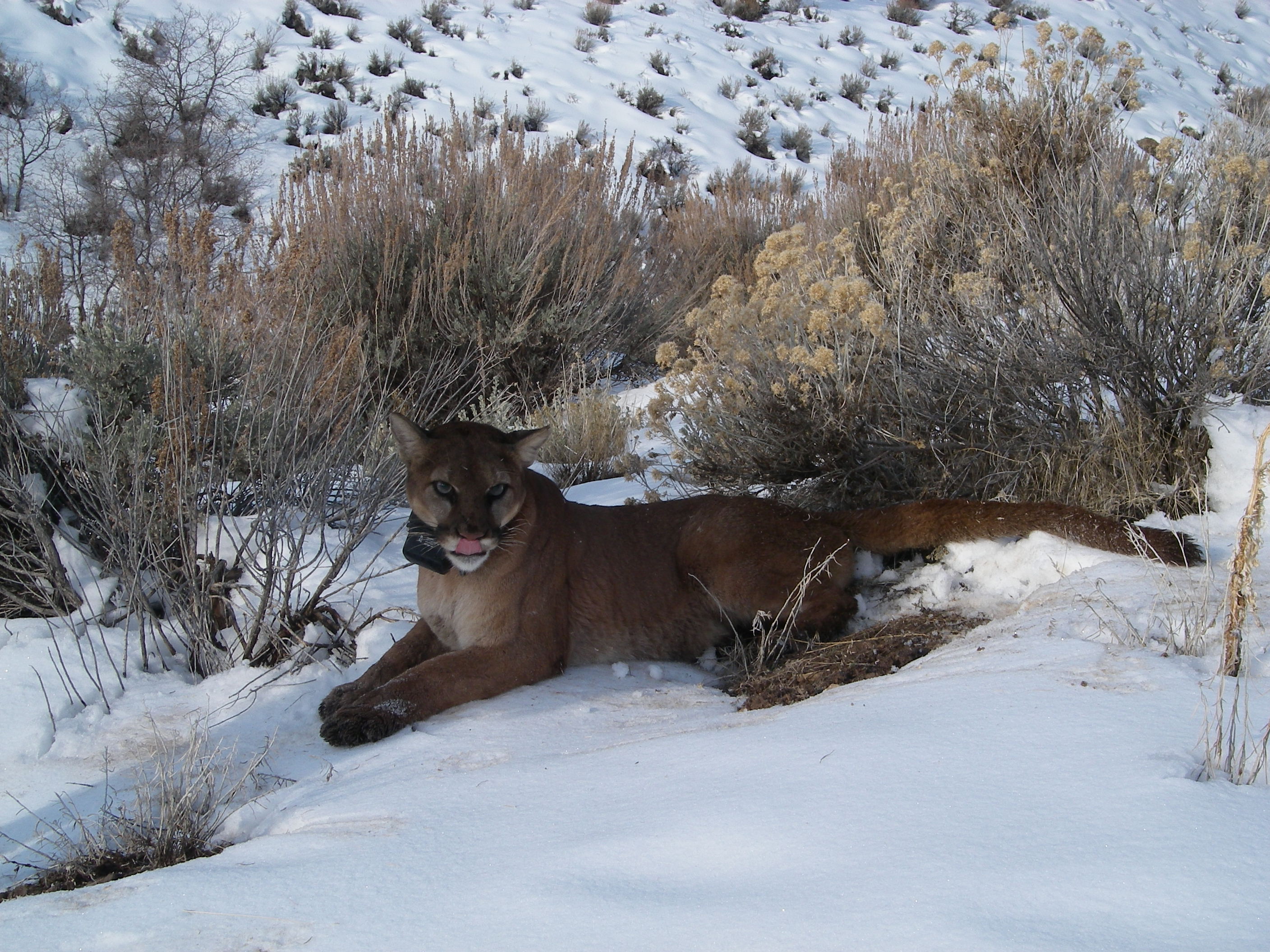 “Using measurements of vegetation stressed by drought, our model predicted a 22 percent decrease in deer density. For mountain lions, the decline was 43 percent. Mountain lions occur at far lower densities than deer, and so any loss of their prey can have disproportionate impacts on their reproductive rates and overall abundance”, Stoner said. Stoner used imagery of plant productivity from the Moderate Resolution Imaging Spectroradiometer, flown on NASA’s Terra and Aqua satellites, plus radio-telemetry measurements of animal density and movements.

Reindeer population is decreasing rapidly, and the largest herd in the world – The Taimyr reindeer herd in the northernmost region of Russia is threaten by the climate change and human activity.

Andrey Petrov, an associate professor at the University of Northern Iowa, in Cedar Falls said that there had been an about 40 percent drop since 2000. The herd now consists of 600,000 animals. “Taimyr reindeer now have to travel longer distances between their winter and summer grounds, and this is causing a higher calf mortality,” Petrov said. “Other factors contributing to the higher mortality are the increased mosquito harassment and the fact that rivers are opening earlier than before and the animals have to cross them during their migration.” 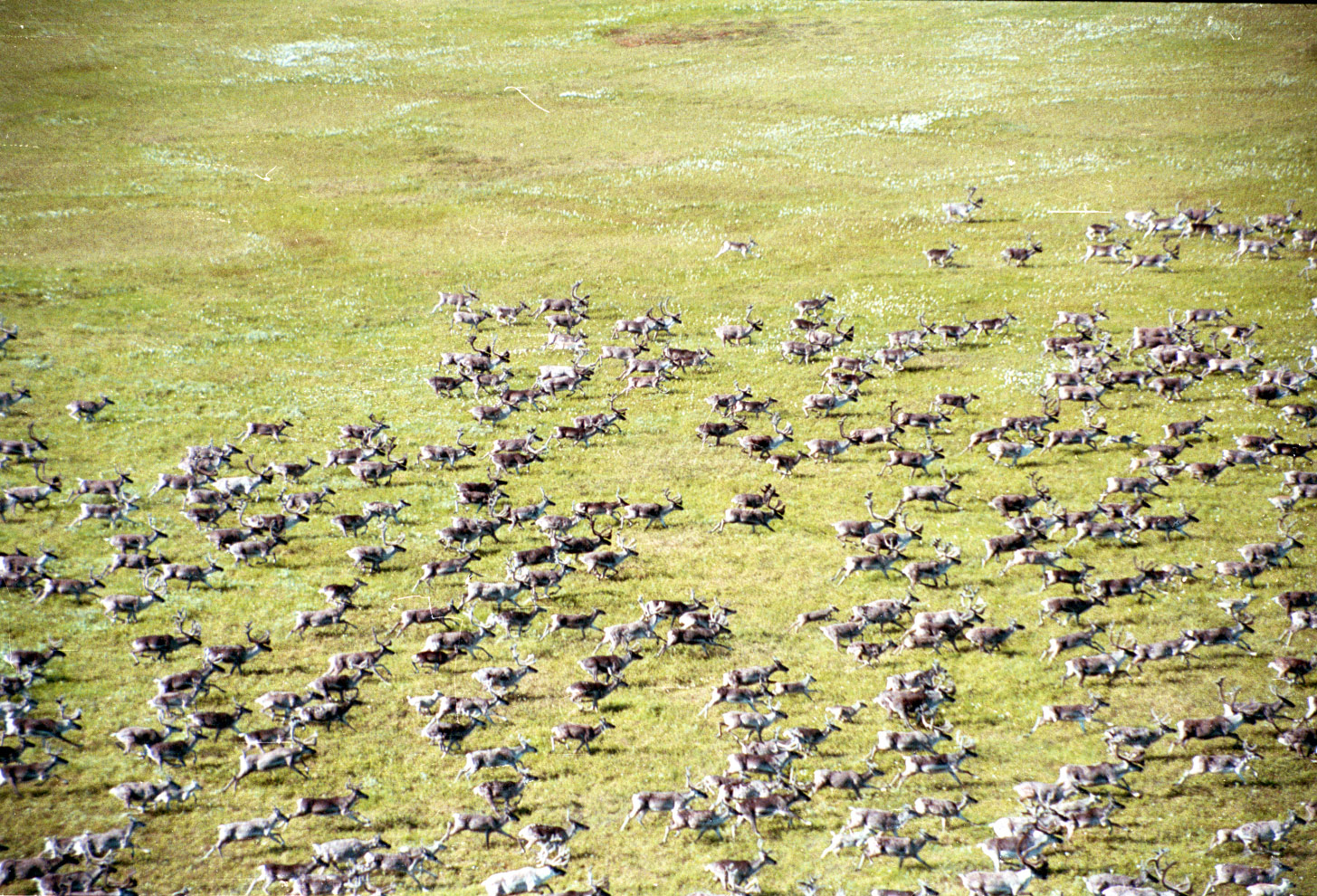 Petrov also used imagery from the NASA/United States Geological Survey Landsat satellite program to determine how the presence of reindeer in their summer grounds impacts vegetation. He found that plant biomass decreased while the reindeer were grazing, but it has recovered a few weeks after the animals left the area. This finding argues against overgrazing as a possible factor for the Taimyr reindeer population decline that occurred after 2000, Petrov added.

“The work discussed at today’s press conference is emblematic of the many ways in which satellite remote sensing supports our efforts at natural resource management and wildlife conservation,” said Woody Turner, program scientist for NASA’s Biological Diversity Program at NASA Headquarters in Washington.