IVF Clinics in Britain can now start applying for permission to create three-parent babies after the fertility regulator gave the final approval for the procedure. This historic, but also controversial move is to conceive babies from DNA material of two women and one man to prevent children born with deadly genetic diseases. The first three-parent baby in the UK could be born at the end of the 2017.

The Human Fertilisation and Embryology Authority (HFEA) has yesterday approved the use of mitochondrial donation but only in the certain, specific cases. HFEA Chair, Sally Cheshire, said of the decision: “Today’s historic decision means that parents at very high risk of having a child with a life-threatening mitochondrial disease may soon have the chance of a healthy, genetically related child. This is life-changing for those families”.

Doctors in Newcastle, the pioneers the technique, are expected to be the first to offer the procedure. Newcastle University is already applying for a license and states it has many parents interested in the procedure. They are also seeking women under 35 years with healthy eggs to be the donors. Prof Sir Doug Turnbull, Director of the Wellcome Centre for Mitochondrial Research at Newcastle University said: “We are delighted by today’s decision as it paves the way offering a mitochondrial donation as part of an NHS-funded package of care for families affected by mitochondrial DNA disease.” Prof Doug Turnbull’s clinic at Newcastle University is likely to carry out he first procedure in the UK and it will also provide long term follow up of any children born. Credits: NEWCASTLE UNIVERSITY

A recent study carried out by the researchers at Newcastle University estimated that 2473 women in the UK, and 12,423 women in the US, aged between 15 and 44 years, are at risk of passing on potentially lethal mitochondrial DNA to their children.

This fertilization procedure involves the replacement of damaged mitochondria with the healthy one from the donor. Mitochondria are energy generators of the cells. They are cell batteries which provide energy and if they do not work properly it prevents normal development. Damaged mitochondria cause the diseases such as muscle weakness, blindness, deafness, seizures, mental impairment, diabetes, heart, liver failure and various disabilities. These diseases are passed down from only the mother, so the fertilization technique will include two women and one man.

But, mitochondria have their own DNA, which actually means that new-born babies will have DNA from three people. However, only the parent’s DNA can define personal and physical characteristics of a child. The donor’s DNA will only help to move potential causes of diseases and prevent women to transmit the disease to their children.

Method 1 – Embryo repair: 1. Two eggs are fertilised with sperm, creating an embryo from the intended parents and another from the donors 2. The pronuclei, which contain genetic information, are removed from both embryos but only the parents’ are kept 3. A healthy embryo is created by adding the parents’ pronuclei to the donor embryo, which is finally implanted into the womb. Source:BBC

Britain is the first nation to legalize the procedure, but the first three-parent baby in the world produced using this technique was born this year in Mexico, which has no law prohibiting the technique. The child’s parents are Jordanian couple who have already lost two children to a genetic disease called Leigh syndrome. For now, it seems that the boy is healthy. 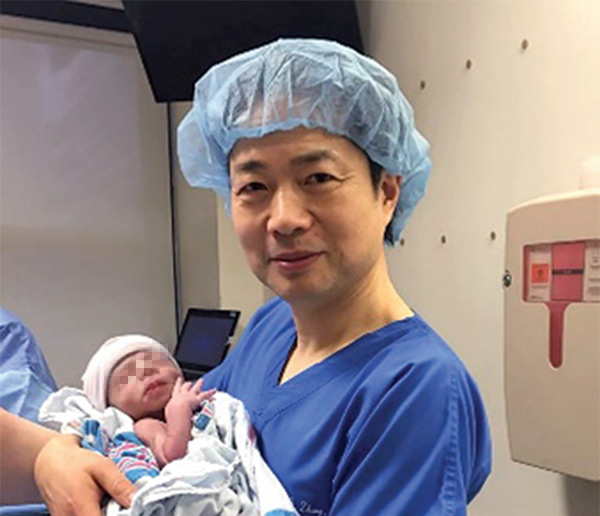 The technique is banned in the U.S. in the late 1990s, and at least 17 children were conceived in New Jersey through cytoplasmic transfer using a bit of DNA from a third person before it was banned.

Most of the scientific community welcomed the announcement and support the technique as a way of helping the parents with genetics issues to have a healthy baby. “This is wonderful news for families who have, in some cases, waited years or even generations for the chance of having a healthy baby,” said Prof Frances Flinter, Consultant and Professor in Clinical Genetics at Guy’s and St Thomas’ NHS Foundation Trust.

Mr. Robert Meadowcroft, CEO of Muscular Dystrophy UK, said: “We know of many women who have faced heartache and tragedy, and the sorrow of stillbirths while trying to start their own family, and this decision gives them new hope and choice for the first time.” 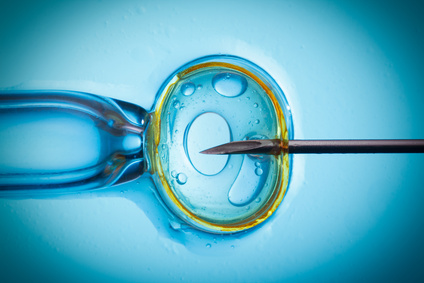 Mitochondria replacement will allow parents with genetic issues to have a healthy child.

But some of the scientists and doctors are questioning the ethics of this decision. Dr. David King, director of the watchdog group Human Genetics Alert thinks this fertilization technique will open the door to designer babies. “This decision, to approve experiments on babies, using this dangerous and medically unnecessary technology, risks all our children’s futures,” Dr. King explains.

There are also concerns that changes to the mitochondrial DNA might affect future generations in unknown ways.

Scientists claim that this fertilization procedure can now offer a hope for around 150 women a year.