The Tower of Terror will officially shut its doors on Jan. 2, 2017, Disney announced this week. Though the Orlando version of the ride will remain open, it truly is the end of an era for California’s attraction.

To give the Tower Of Terror a proper send-off, the park will host a number of promotional events. From September 9 to October 31, guests will be treated to “Late Check-Out” every night once twilight has hit. In Late-Check Out you’ll be riding the attraction in complete darkness, which sounds simultaneously fun and ill-advised.

During those weeks there will also be commemorative merch, as well as daytime performances by the Silver Lake Sisters, who are apparently Disney’s fictionalized version of the Andrews Sisters. 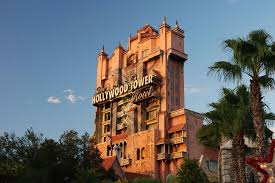 Of course, the move is all part of Disney’s plans to incorporate as many of its entertainment properties as possible.

The soon-to-be-closed attraction will make way for a Marvel superhero-driven Guardians of the Galaxy — Mission: Breakout! experience expected to debut next summer.