This year will bring many impressive and eye-catching astronomical and celestial events. In fact, 2017 has already started spectacularly – with Quadrantids Meteor Shower on January 3rd. The total solar eclipse that will cross the US on 21, August will probably be the biggest sky event of the year. But be prepared for meteor showers, lunar eclipses, close planetary pairings, Supermoon and plenty of other incredible shows in our skies. Also, many important space events are scheduled for 2017. Many space missions will start this year, but, some of them will end spectacularly and dramatically. Here are some of the must-see sky events of 2017. Be sure not to miss them! 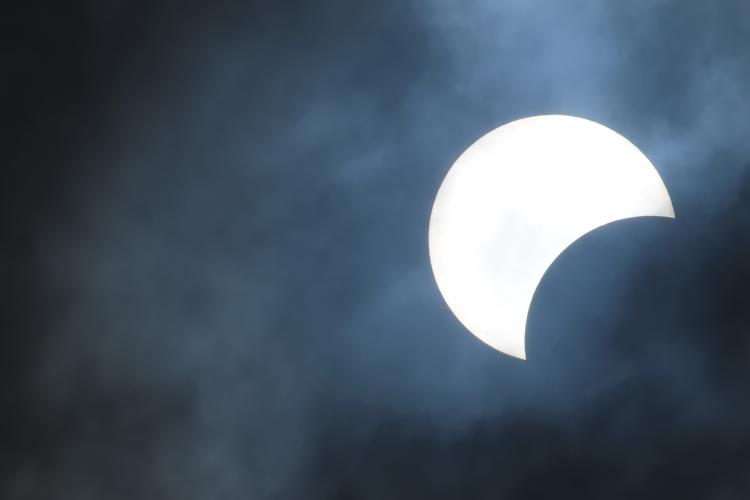 An annular solar eclipse happens when the Moon’s disk covers only the Sun’s center, leaving the Sun’s visible outer edges to form a ring of fire or light or so-called annulus around the Moon. That happens when the Moon is too far away from the Earth on its orbit. The 2017 annular solar eclipse will be visible in the Southern Hemisphere. The path of the eclipse will begin off the coast of Chile and pass through southern Chile and southern Argentina, across the southern Atlantic Ocean, and into Angola and Congo in Africa. It is very important to remember to never look directly into the Sun without protective eyewear! The Sun’s UV radiation can be very harmful to your eyes leading to permanent damage or even blindness. 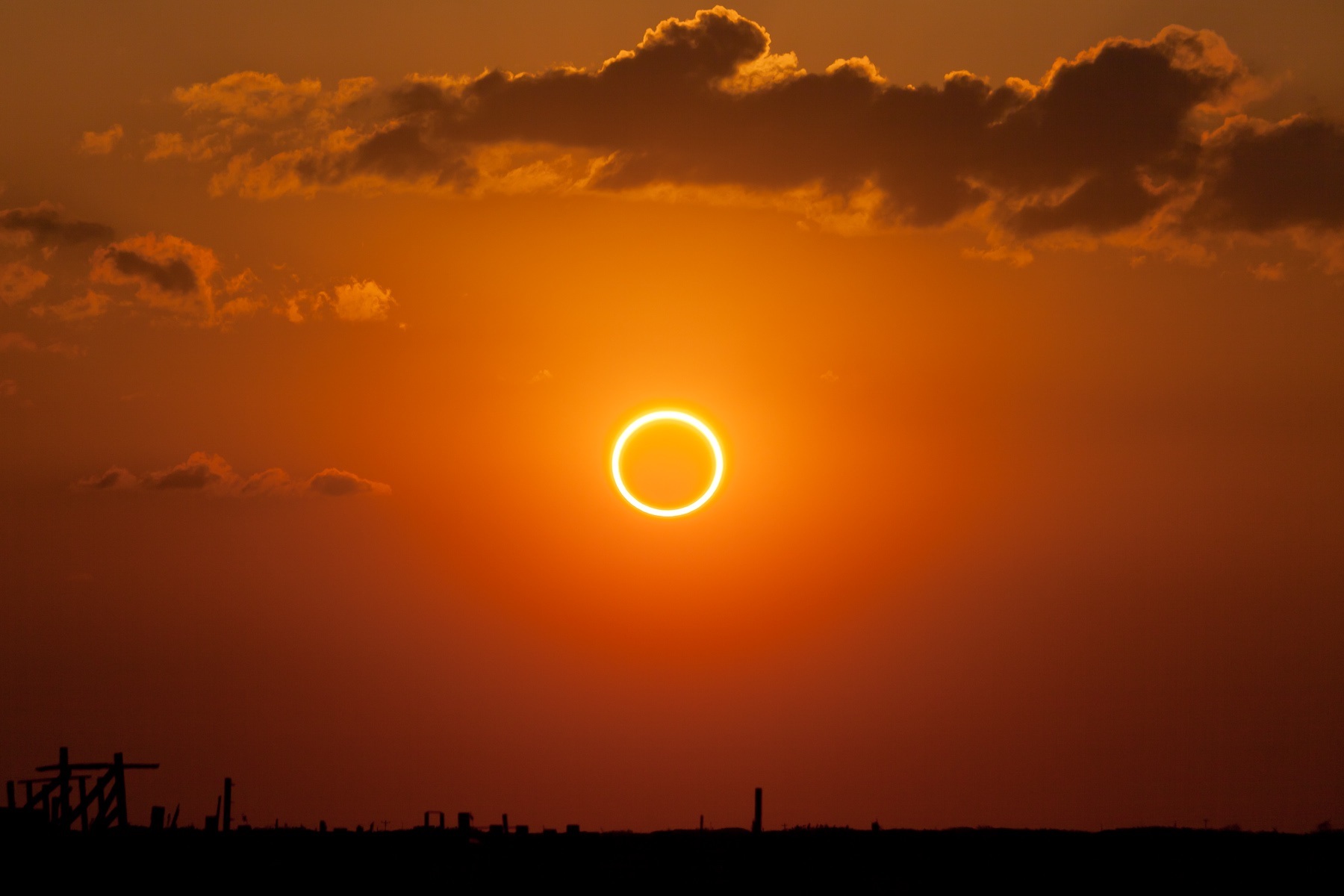 If you don’t want to miss one of the best meteor showers, find the dark location for observing, right after midnight. Almost 60 meteors per hour will be visible during the night. These meteors are debris (space trash) produced by comet Swift-Tuttle, which was discovered in 1862, and it runs annually from July 17 to August 24. The bright moon will not be able to block out the meteors view since the Perseids are very bright and numerous. The celestial show will radiate from Perseus constellation, but it will be visible anywhere in the sky. 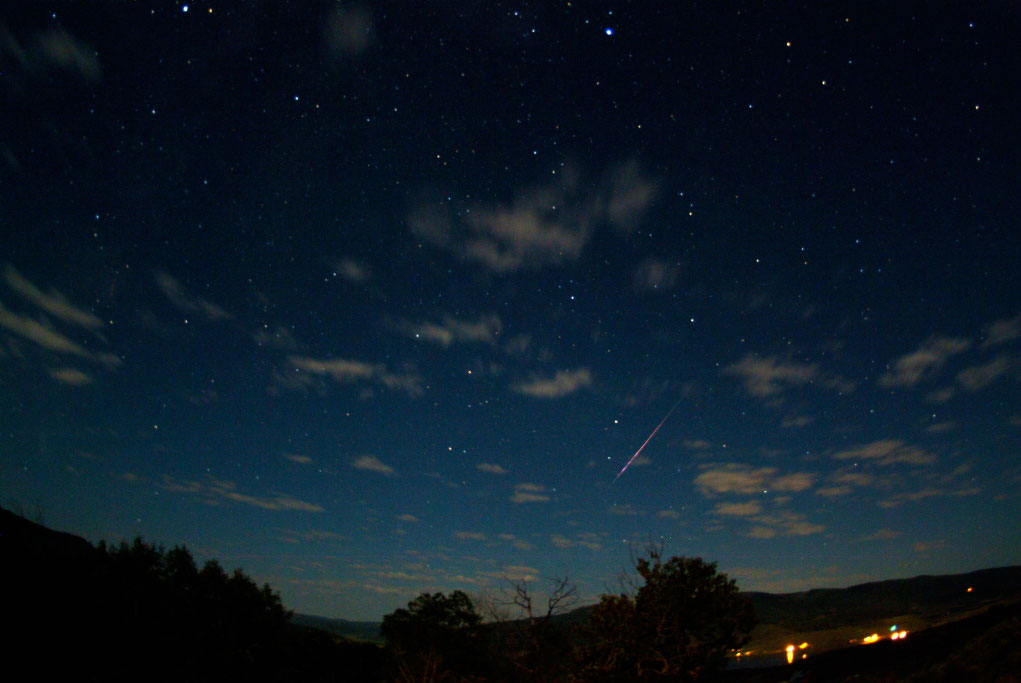 The total solar eclipse will take place on 21, Aug 2017, for the first time in almost a century. This spectacular celestial event will be visible from the entire land of US, spreading from one coast to another. The last time a total eclipse was visible from coast to coast was on June 8, 1918. The total solar eclipse will begin near Lincoln City, Oregon, at 10:15 a.m. PDT (1:15 p.m. EDT). It will end at 2:48 p.m. EDT near Charleston, South Carolina. The eclipse will last about one hour and 40 minutes, but the partial eclipse will last a bit longer. This will be a great opportunity for to observe many unique features of total solar eclipse such as Solar Corona, Baily’s beads, Diamond ring, the Sun’s chromosphere, Shadow bands and possibly solar flares. 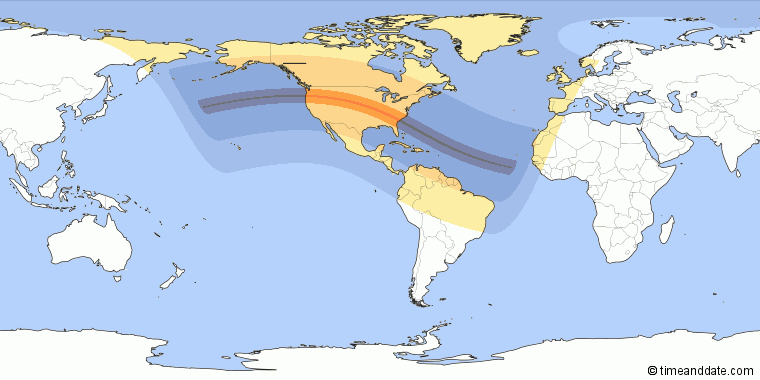 Cassini’s Grand Finale (The spacecraft will crash into Saturn), September 15

After more than 19 years since launching and more than 12 years studying Saturn, its rings and moons, NASA’s Cassini spacecraft will finish its epic voyage. Cassini Spacecraft has entered the first phase of ts final mission on November 30, 2016 and it has already sent astonishing photos of Saturn’s surface and Saturn’s mysterious hexagon-shaped storms. The Grand Finale, the last phase of the journey, will begin in April 2017. During this phase, Cassini will make the closest-ever observations of Saturn, mapping the planet’s magnetic and gravity fields with exquisite precision and returning ultra-close views of the atmosphere. On September 15, spacecraft will send collected information and will end its mission by crashing into Saturn. Cassini has toured the Saturn system since arriving there 2004 and during its journey, has made many discoveries, including a global ocean within Enceladus and liquid methane seas on Titan. 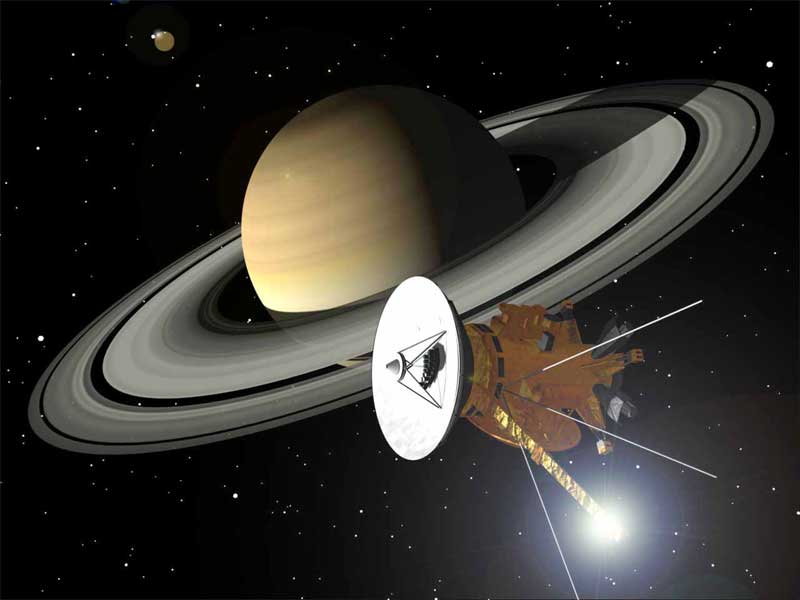 Conjunction of Venus and Jupiter, November 13

The two bright planets will be extremely close in our skies at dawn on November 13. The conjunction will occur very low to the horizon in the eastern sky. The two brightest celestial objects in our skies will appear to be extremely close, appearing only 0.3 degrees apart. This close encounter will be spectacular and impressive, so be ready for it before the Sun rises! 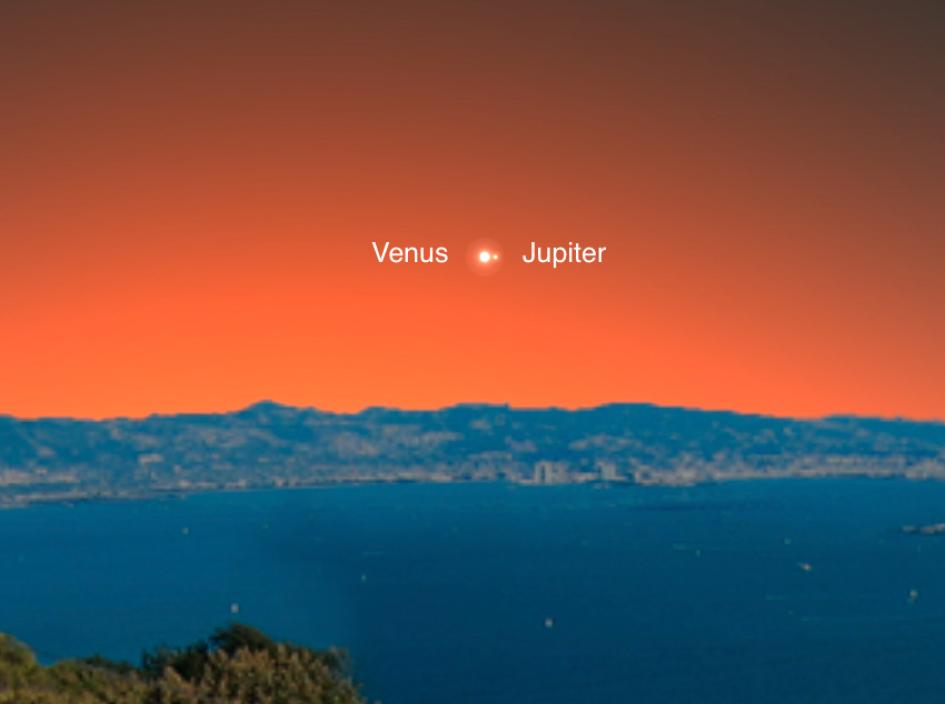 This will be the only Supermoon for 2017, so prepare your telescopes and cameras! Everyone surely loves the big, bright, orange Moon, so this is one of the sky events you don’t want to miss. Supermoon occurs time after time, due to the Moon elliptical orbit. When the Moon achieves its closest approach to the Earth on its orbit, it can look 13% bigger than usually does. The Moon will be located on the opposite side of the Earth as the Sun and its face will be will be fully illuminated. Astronomers suggest looking out for the Supermoon when it is low in the sky just after sunset or before sunrise. At this position, the Moon looks bigger and brighter, because you can compare the apparent size of the Moon with elements in the landscape like hills, foliage, and buildings. 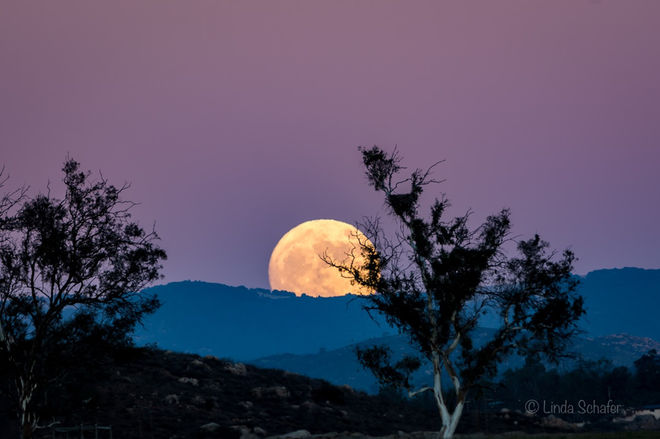 There is a good reason why the Geminids is called the king of meteor showers – it is considered to be the best shower in skies. It can produce up to 120 multicolored meteors per just an hour. This celestial show is visible annually from December 7-17. Actually, Geminids meteor shower is produced from left behind debris or space trash by an asteroid discovered in 1982. The shower can be viewed by most of the world in the constellation of the Gemini (Twins), from where the meteors will radiate. The 2016 Geminids meteor shower was matching Supermoon which brightness interfered with the view of the meteors. That will not happen this year – the sky will be dark enough for the excellent show. 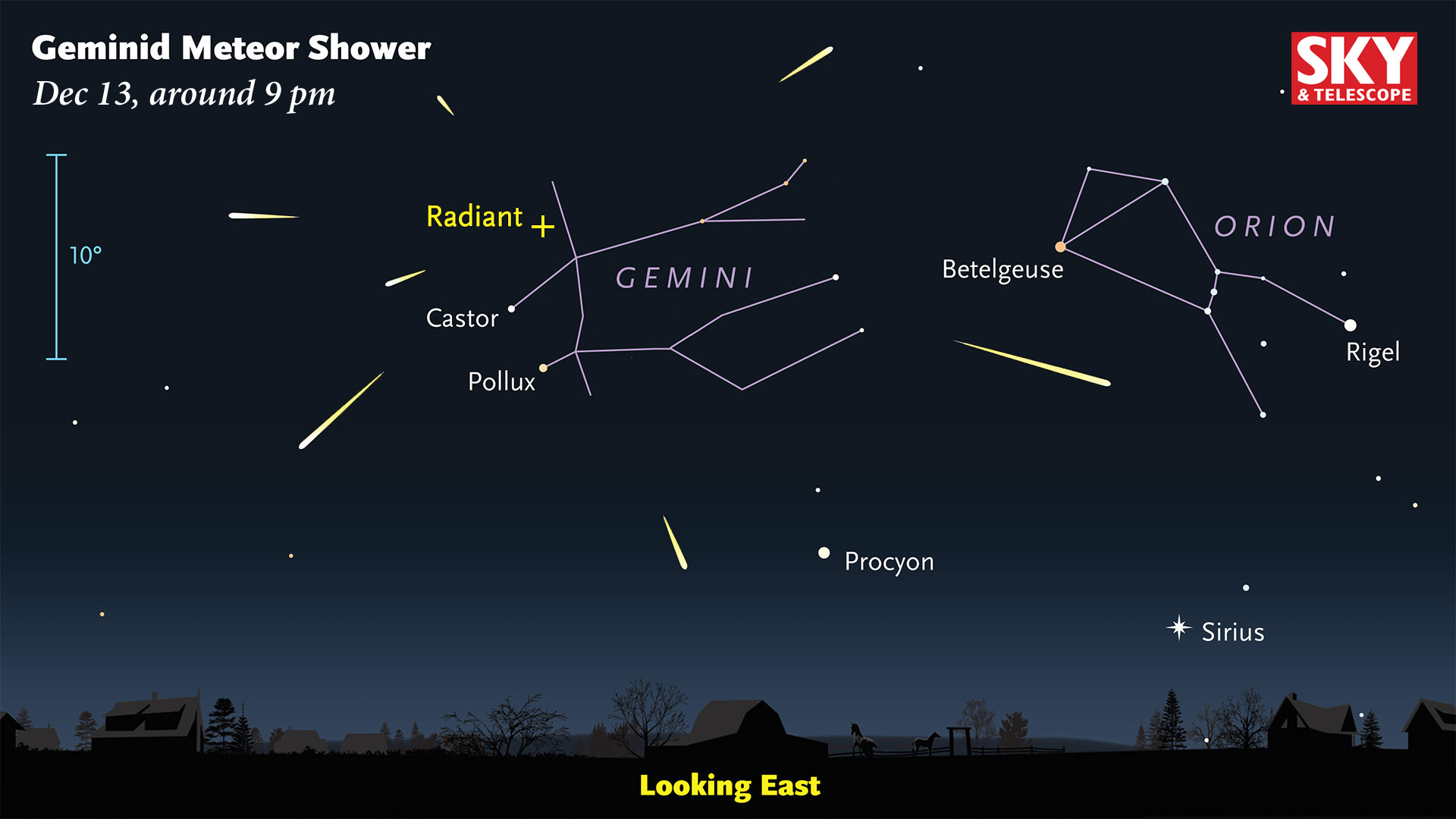 The Chinese Lunar Exploration program is ongoing series of robotic Moon missions which includes lunar orbiters, landers, rovers and one sample return spacecraft. This spacecraft with the goal of collecting and returning samples from the Moon to Earth for analysis will be launched in 2017. Chang’e 5 spacecraft will be China’s first sample return mission. This uncrewed spacecraft has the goal of returning at least 2 kilograms of lunar soil and rock samples. If the mission goes as planned, it would make the first lunar sample return in over 40 years. 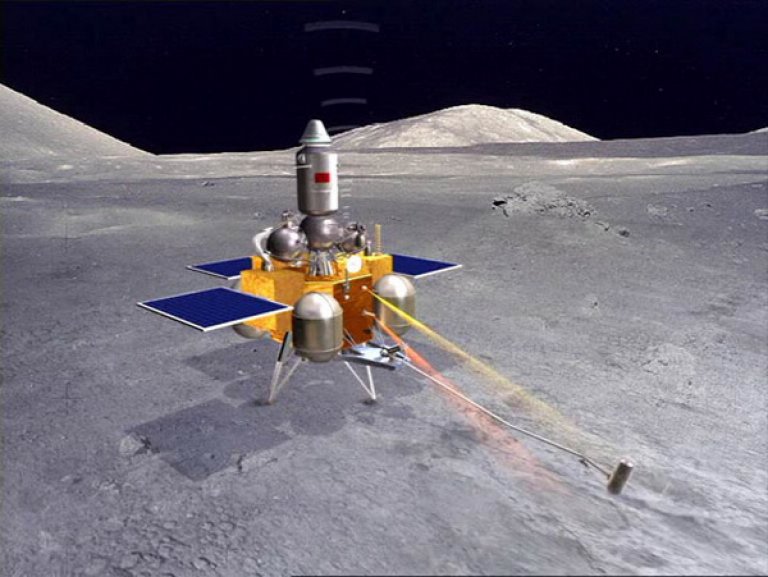 NASA will continue its quest for alien life or potentially habitable Earth-like planets in 2017. Thanks to Kepler spacecraft NASA has discovered more than 3,000 exoplanets and now it plans to launch the successor mission TESS. TESS will survey the brightest stars near the Earth for exoplanets using transit method over a two-year period. Previous sky surveys with ground-based telescopes have mainly detected giant exoplanets. In contrast, TESS will examine a large number of small planets around the very brightest host stars. 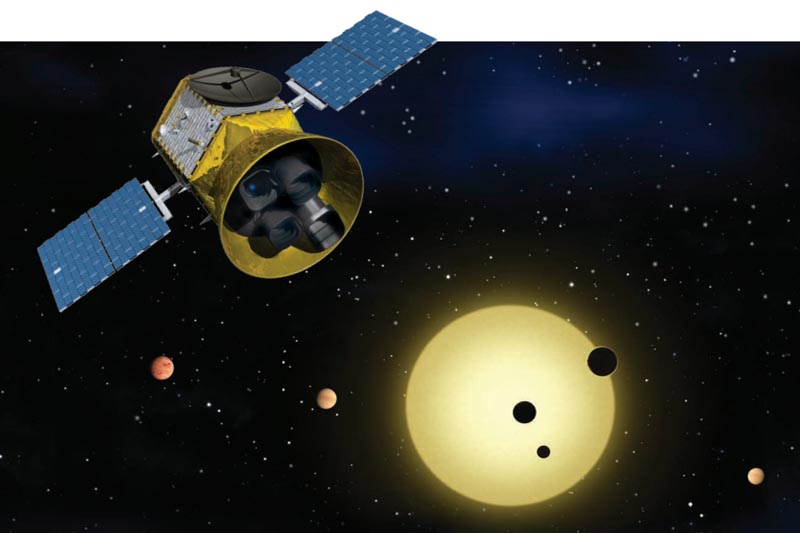